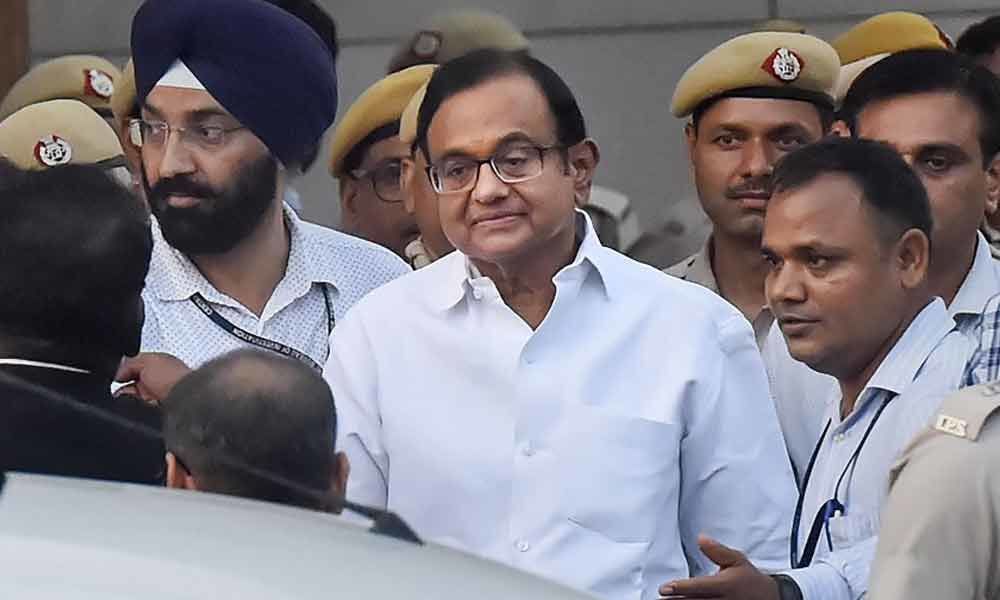 On the second day of hearing this week on former Finance Minister P. Chidambaram's petition for pre-arrest bail in the ED's INX Media case, his lawyers argued on the retrospective effect of the PMLA law.

New Delhi: On the second day of hearing this week on former Finance Minister P. Chidambaram's petition for pre-arrest bail in the ED's INX Media case, his lawyers argued on the retrospective effect of the PMLA law.

Senior advocate Abhishek Manu Singhvi, representing Chidambaram, told the court that the offence allegedly dated back to 2007 but the PMLA provisions came into effect in 2009. Despite this, the ED had invoked these provisions against Chidambaram.

Singhvi contended that the main provisions of law against Chidambaram became scheduled offences under PMLA only in 2009, which was after a year when the alleged FIPB approval was given in 2007-08.

Singhvi told the court that the sections under which Chidambaram had been charged did not exist when the alleged transaction took place.

"You are trying to paint a person as kingpin. And it is on the basis of offences that did not exist at that point in time," submitted Singhvi before the court.

Arguing on the line of questioning adopted by the investigating agencies, Singhvi said it appeared they were attempting to extract a confession from Chidambaram.

He also told the court that investigating agencies were painting a wrong picture that Chidambaram was evasive.

During questioning, the officers expect one to give the answer they want or continue to face questions till the time they get a favourable answer, Singhvi submitted before the bench.

Meanwhile, senior advocate Kapil Sibal, also representing Chidambaram, filed an application for the production transcripts of custodial interrogation of Chidambaram, who is in CBI custody.

Chidamabaran on Tuesday filed a rejoinder to the Enforcement Directorate affidavit, which details the list countries where he and "his co-conspirators" allegedly held bank accounts and properties.

Sibal told the top court that he opposes ED's request to submit records in sealed cover in the court.

Sibal told the court that the ED cannot place documents behind his back and then seek arrest and interrogation as this is not even possible in matters of detention.

The arguments will continue at 2 p.m.