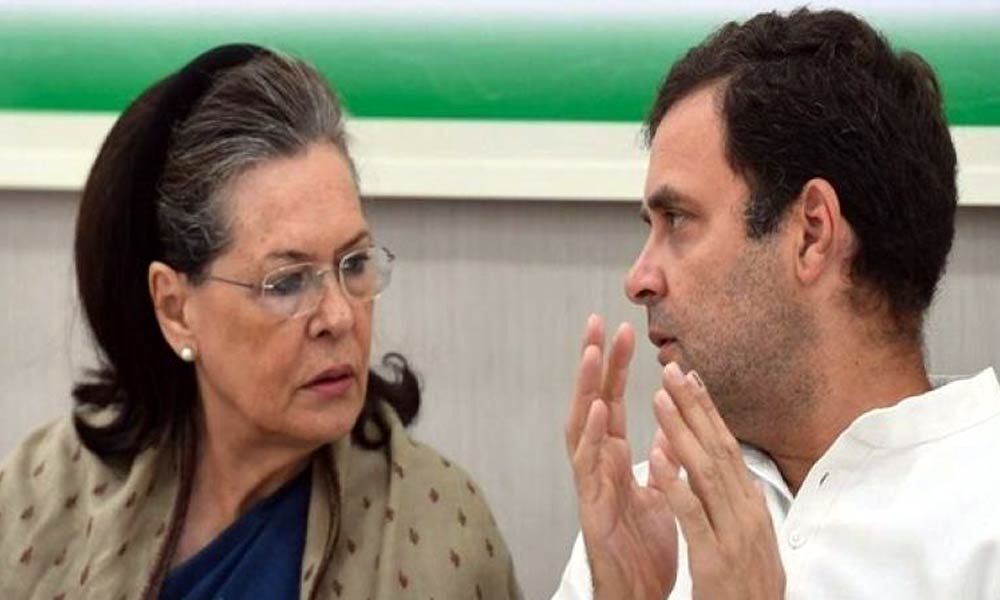 Cong will also discuss appointment of Leader of Congress in LS and Rahul's unwillingness to continue as party chief.

New Delhi: A core group of Congress leaders will meet on Wednesday to discuss the strategy for the upcoming Parliament session, sources said.

However, United Progressive Alliance chairperson Sonia Gandhi will not attend the meeting as she will embark on her maiden visit to her parliamentary constituency, Rae Bareli after winning from the seat in the recently concluded Lok Sabha elections.

According to sources, the party will also discuss the appointment of Leader of Congress in the Lok Sabha and Congress president Rahul Gandhi's unwillingness to continue as party president.

Besides Rahul, Thiruvananthapuram MP Shashi Tharoor, Anandpur Sahib MP Manish Tewari, Berhampore MP Adhir Ranjan Chowdhury Adhiranjan Choudhary and Kaliabor MP Gaurav Gogoi among others are some probable names who would lead the party in Lok Sabha. The appointment will be finalised by Sonia.

Mallikarjun Kharge, who was elected as Leader of the Congress in Lok Sabha during 2014-19, is not the race after losing the Lok Sabha election from Gulbarga constituency.

Besides this, the party leaders would decide on the names for the Congress Parliamentary Party (CPP) secretary, Chief Whip and two others whip and the Deputy Leader in Lok Sabha.

On June 1, Sonia was elected as the leader of Congress Parliamentary Party for the fourth consecutive term after the General elections.

Budget will be presented on July 5.