Congress's NYAY is Anyay against people of country 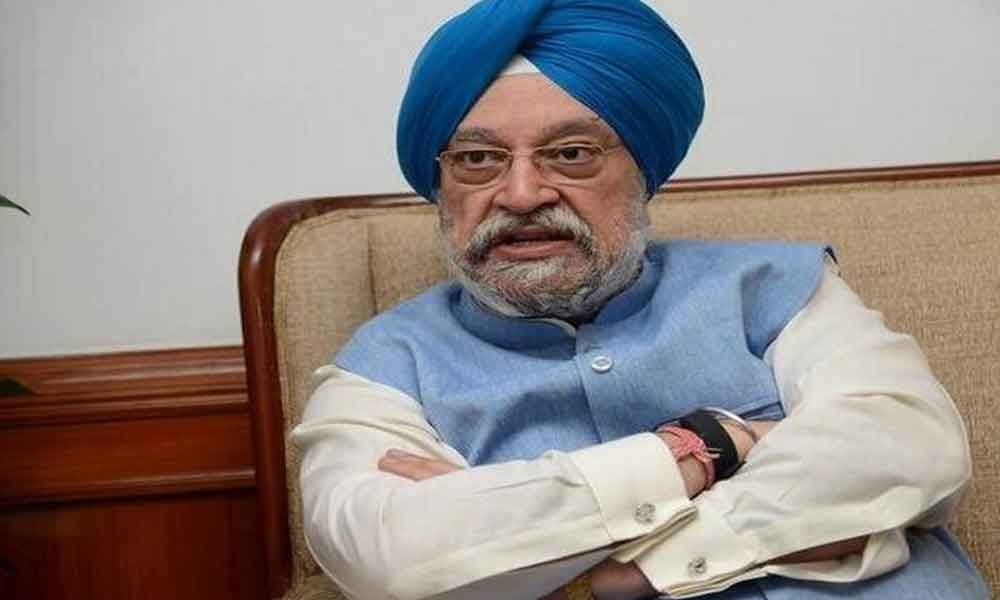 x
Congress’s NYAY is Anyay against people of country
Highlights

Congress chief Rahul Gandhi’s poll assurance of NYAY is designed for “bankruptcy”, Union minister Hardeep Singh Puri has said, claiming it will prove to be an “Anyay” (injustice) against people of the country

New Delhi: Congress chief Rahul Gandhi's poll assurance of NYAY is designed for "bankruptcy", Union minister Hardeep Singh Puri has said, claiming it will prove to be an "Anyay" (injustice) against people of the country.

Puri, who is the Housing and Urban Affairs Minister in the Modi government, said Congress forgot to tell people that if it comes to power, the party is not going to implement it alone and needs state governments to chip in.

In an interview to PTI, the Minister said states will have to implement Nyuntam Aay Yojana (NYAY) in coordination with the Centre, seeking to know whether the Congress asked states, which will spend huge money, if they are ready for it or not.

Under NYAY, Congress has promised to deposit Rs 72,000 annually into bank accounts of 20 per cent of the poorest people across the country if it comes to power. On April 8, Gandhi had said the concept of "NYAY" was at the core of its campaign for the Lok Sabha polls and built on the promises the party has made to the people.

Puri said the Congress policy is to always create debt as the UPA government had done by waiving farm loan worth Rs 70,000 lakh crores, while the BJP's policy is totally different and its government at the Centre is depositing money into bank accounts of farmers, in reference to recent launch of Pradhan Mantri Kisan Samman Nidhi (PM-KISAN)

"The NYAY is designed for bankruptcy, while our scheme is totally different. As per our policy, if you are GST-registered trader, you will get pension after age of 60 years. If you are a farmer, you will get money into your bank account. All our schemes are in the nature of growth without taxes. Congress's NYAY is ANAY," Puri said.

The Congress only makes "non-serious promises", which are just to score political mileage in Lok Sabha elections, Puri said. He sought to know where money will come from to fund the NYAY scheme and defended the BJP's manifesto which, according to him, majorly focuses on the middle class.

The NDA government has raised the income tax exemption from Rs 2 lakh to Rs 5 lakh, and also, GST rates are coming down. "We are providing relief to middle class, but they (Congress) are saying different thing," the Union Minister said. There are crores of beneficiaries of the central government's schemes in the country, which indicates people are actually being benefited.