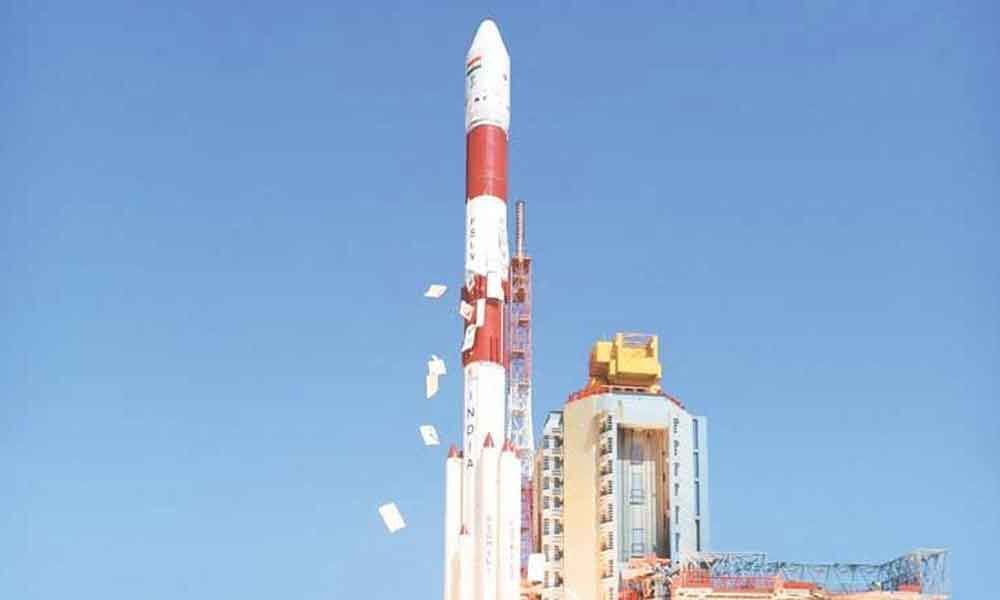 Nellore: It's all set ready for the launch of PSLV-C46 rocket from Sriharikota in Nellore district.

The ISRO chairman Kailasavadivoo Sivan said the countdown process has begun at 4:30 am on Tuesday.

On the occasion, Sivan has visited Tirumala Tirupati temple and offered special pujas to the rocket model. After which, he has darshan the Lord. Where he prayed for the success of the PSLV-C46 launch.

He has also conducted special pujas at Chengalamma Temple and later reached to the Satish Dhawan Space Centre.

On 22 May, the PSLV-C46 rocket will be launched into space at 5:30 am from first launch platform at SHAR center.

The rocket will be carrying a 612kg weighted RISAT-2B satellite. The satellite will focus on terrorist activities and their movements across the border.

The ISRO chairman said that the lifespan of RISAT-2B satellite is five years. He also said the Chandrayaan-2 launch will be held in July.

In the series of PSLV, it's the 48th launch, and it's the 36th rocket that will be released from the first launch pad.

So far 71 rocket was launched from SHAR center and this year it's the third launch.