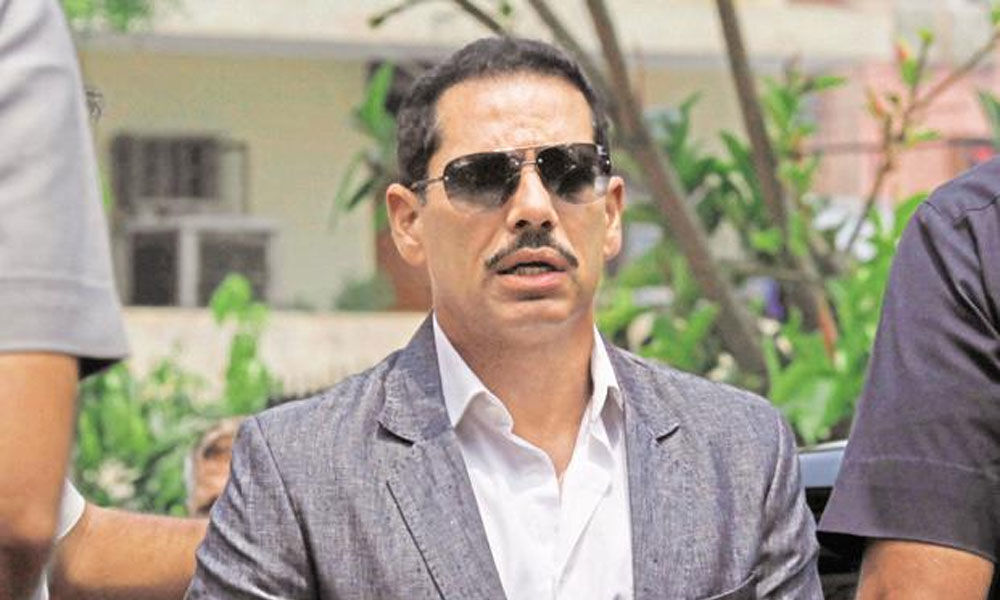 The ED raised an objection on the maintainability of the plea of Vadra saying there was wilful suppression.

New Delhi: The Delhi High Court Monday sought response of the Enforcement Directorate (ED) on maintainability of businessman Robert Vadra's petition seeking quashing of a money laundering case in which he was questioned by the probe agency.

The ED raised an objection on the maintainability of the plea of Vadra, the brother-in-law of Congress president Rahul Gandhi, saying there was wilful suppression and that no relief be granted to him.

Solicitor General Tushar Mehta, appearing for the ED and the Centre, said that Vadra's petition is not maintainable and it is an abuse of the process of law.

A bench of justices Hima Kohli and Vinod Goel asked the probe agency to file an affidavit regarding the maintainability of two separate but similar petitions by Vadra and his close aide Manoj Arora within two weeks.

The court listed the matter for further hearing on May 2. The ED case relates to allegations of money laundering in the purchase of a London-based property at 12, Bryanston Square, worth 1.9 million pounds.

The property is allegedly owned by Vadra. Vadra, represented by senior advocate Abhishek Manu Singhvi, has also sought that various provisions of the Prevention of Money Laundering Act (PMLA), 2002, be declared unconstitutional.