Dhinakaran asks clarification from EC regarding non-registration of votes 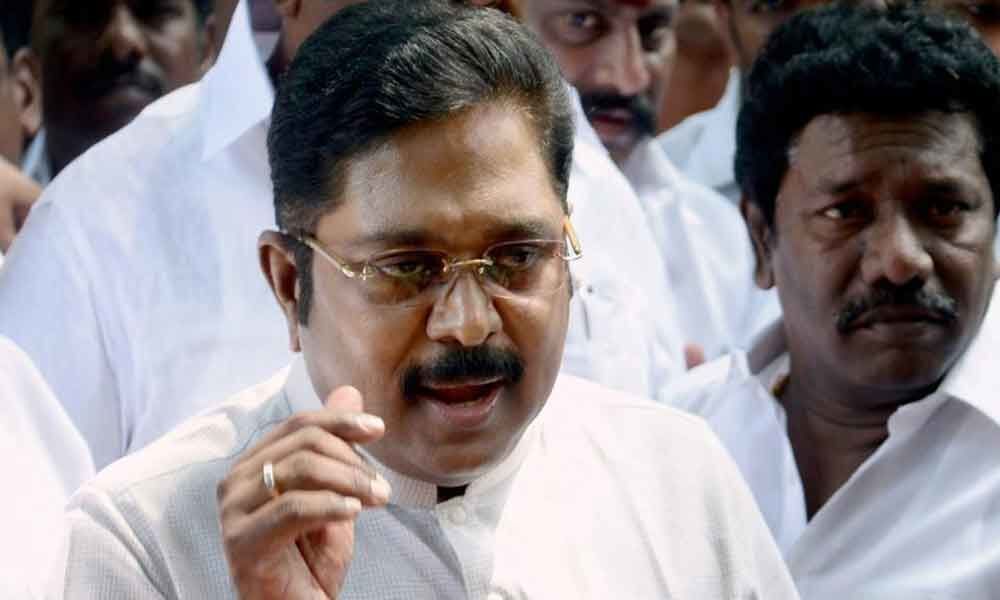 AMMK could only muster an estimated vote share of 5 per cent in the Parliamentary elections and Assembly by-polls.

Chennai: Amma Makkal Munnetra Kazhagam (AMMK) leader TTV Dhinakaran on Sunday said that he will file a complaint before the Election Commission regarding non-registration of votes in the polling booths during the Lok Sabha elections.

"It is very strange that many of our supporters had voted for our party but their votes have not been registered, there are instances where no votes were cast for our party. How is it possible? Election Commission has to clarify. We are collecting the details of booths and we will file a complaint at the Election Commission later," AMMK chief told media persons.

He, however, claimed he cannot approach any court as he has no evidence to ascertain his claim.

AMMK could only muster an estimated vote share of 5 per cent in the Parliamentary elections and Assembly by-polls, whose results came to the fore on May 23.

The DMK-led alliance in the state, which includes the Congress, Viduthalai Chiruthaigal Katchi (VCK), Communist Party of India (CPI) and Communist Party of India (Marxist) along with several other smaller parties, routed rival AIADMK by winning 37 out of 39 Lok Sabha seats. DMK, alone, was able to sweep the state by winning 23 seats, with a vote share of 32.76 per cent.

The AIADMK, which partnered the BJP for the general elections, managed to win just one Lok Sabha and won nine seats in the by-polls.