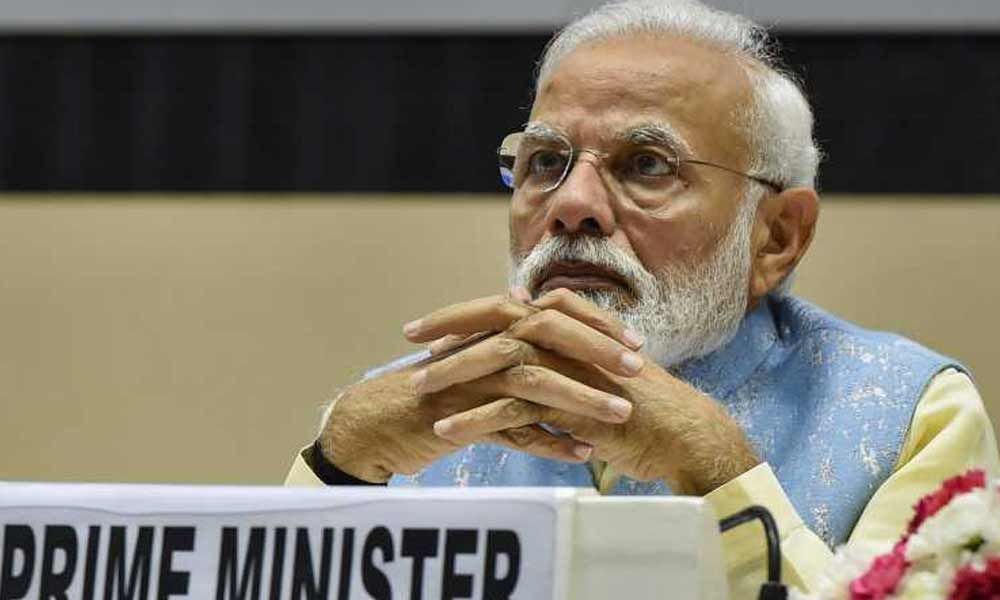 The two broadcasters have responded and the EC is examining their response "in the light of what we want to know".

NEW DELHI: Public broadcasters Doordarshan and Ali India Radio have responded to the Election Commission which had asked them about the source of feed of the prime minister's address to the nation on Wednesday, a senior poll panel functionary said.

He also said that the prime minister's office had neither informed nor sought the EC's permission on Prime Minister Narendra Modi's address in which he informed people about the successful test of an anti-satellite missile.

Deputy Election Commissioner Sandeep Saxena, in charge of the Model Code division, told a media briefing here that the poll watchdog had sought details from DD and AIR about the source of feed of the PM's address.

The two broadcasters have responded and the EC is examining their response "in the light of what we want to know".

Saxena is heading the committee of officers set up on Wednesday to examine the matter related to Modi's address to the nation "in the light of the Model Code of Conduct" which is in force for Lok Sabha polls.

Responding to a question on whether the EC would seek the response of YouTube as it was the 'platform for the feed', he said the committee is examining all aspects.

The committee, which has met twice since Wednesday evening, is likely to finalise its report by Friday evening.

It would then be placed before the commission for a final call.

Meanwhile, responding to a query, a source in the EC said no response has been sought from the PMO.

The panel would go through the video and the transcript of the address.

The PM addressed the nation after a meeting of the Cabinet Committee on Security Wednesday morning which was apparently apprised of the development.

In his address, Prime Minister Modi announced that India had demonstrated anti-satellite missile capability by shooting down a live satellite, describing it as a rare achievement that puts the country in an exclusive club of space superpowers.

Opposition parties alleged that the PM's address was a violation of the model code of conduct and demanded that EC take action in this regard.