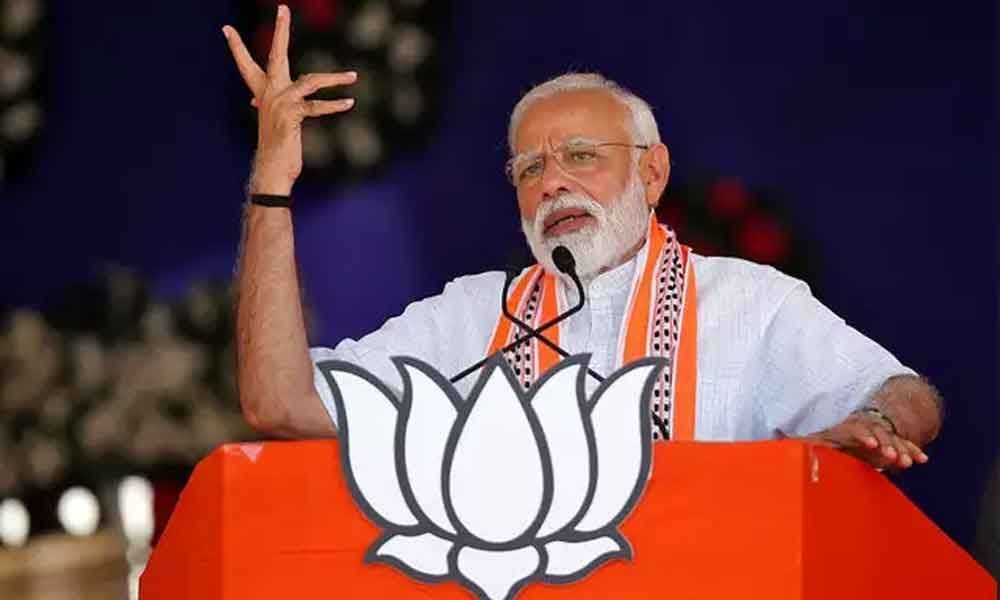 Sena said Modi's stand against Sharad Pawar, for supporting those who want to divide the nation, should remain the same.

Mumbai: Hailing Prime Minister Narendra Modi for strongly rebutting those talking about the separation of Jammu and Kashmir from the country, the Shiv Sena Tuesday said he must commit that the PDP, NC and the NCP won't be part of the NDA after elections even if it is short on numbers.

The Sena, in an editorial in its mouthpiece Saamana, said while it is good that the prime minister has spoken against those attempting to divide the country, he needs to give people two assurances.

"Tomorrow, whatever may be the case on the numbers required to form the government, there will be no relationship with those who talk of dividing the nation. And those who have ruined three generations of Kashmiris will not get a place in Modi's cabinet or the NDA," the Sena said.

The Sena further said Modi's stand against Nationalist Congress Party chief Sharad Pawar, for "supporting" those who want to "divide" the nation, should remain the same even after polls.

"Those dividing the country and those supporting them should not get a place in politics in future. If those supporting anti-nationals today sit with nationalists for political reasons, it will be an insult to our jawans," the Sena said.

The Sena said while National Conference leader Farooq Abdullah has spoken about Jammu and Kashmir having a separate PM, it will not be a reality even after 100 generations have passed.

The Sena claimed Article 370 gives special privileges to the restive northern state, and the law of the country does not apply there, and therefore, there have been demands from many years to abolish the Constitutional privilege.

The Uddhav Thackeray-led party sought to remind the BJP that Abdullah was a minister in Atal Bihari Vajpayee's government and the NC was a part of the NDA, adding that his party's policy towards Article 370 and 35 (A), both of which give special status to J-K, was age old.

"Yet we keep kissing their furry caps to achieve the numbers in Parliament. This is nationalism of convenience," it alleged.

The Sena added that People's Democratic Party chief Mehbooba Mufti has a similar stand on the Constitutional provisions for Jammu and Kashmir and she has warned that the state will not remain with India if its special status is revoked.

"Until yesterday, the same person was chief minister with support of the BJP. Even her anti-national mindset is old. Yet, the BJP got friendly with them while we kept opposing their alliance," it said.

It said both these leaders are today speaking against abolishing of Article 370 and 35 (A) while Prime Minister Narendra Modi is hitting back in his rallies.

"Modi has spoken with grit - the way an Indian prime minister should have spoken. He has spoken about how three generations have been destroyed under Abdullah and Mufti's regimes," the party said. "Modi has also spoken about displacement of Kashmiri Pandits. However their ghar wapsi (return to roots) couldn't happen in the last 5 years," it said.