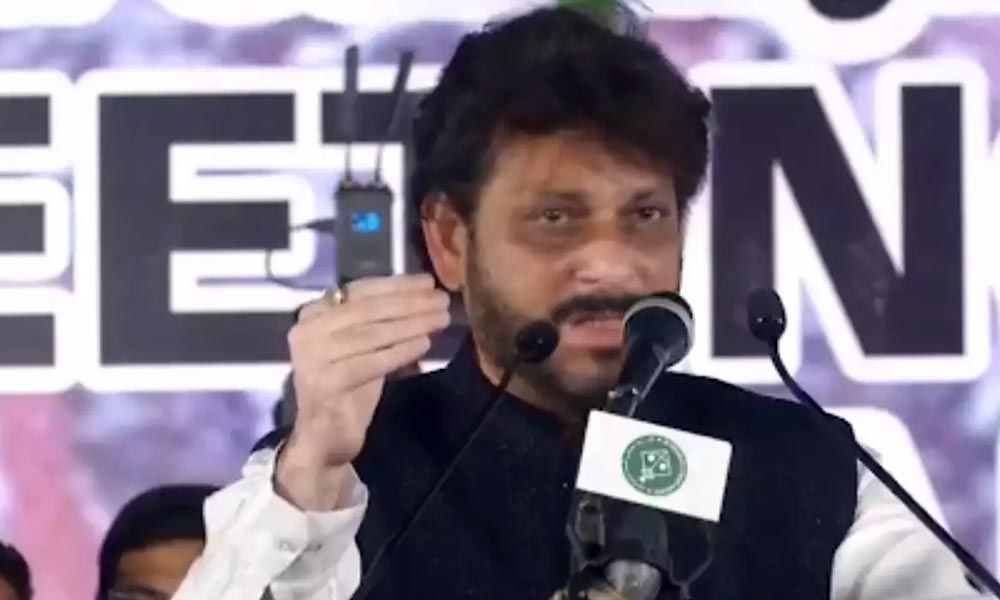 A local lawyer has filed a a complaint based on which police registered a First Information Report (FIR) against All India Majlis-e-Ittehadul...

Kalaburgi: A local lawyer has filed a a complaint based on which police registered a First Information Report (FIR) against All India Majlis-e-Ittehadul Muslimeen (AIMIM) leader Waris Pathan. Police booked Waris Pathan under Sections 117 (abetting commission of an offence by the public), 153 (provocation with intent to cause hurt) and 153A (promoting enmity between different groups of people) of the Indian Penal Code. The AIMIM leader had a few days ago, made provocative remarks at an anti-Citizenship Amendment Act (CAA) rally in Gulbarga of Karnataka.

Waris Pathan can be seen saying in a video which went viral, that 15 crore Muslims can dominate over 100 crore Hindus of the country. Incidentally, AIMIM supremo and Hyderabad MP, Asaduddin Owaisi, was present at the rally at which Pathan made these remarks.

Waris Pathan's remarks came in for all-round criticism from political parties. The BJP questioned Hyderabad MP Asaduddin Owaisi's silence in the matter. It said that AIMIM leaders had the Constitution in their hand and Pathan in their hearts. Shiv Sena MP Sanjay also warned virus Pathan against making such statements in the future. he added that the Muslims of Maharashtra backed the Maha Vikas Aghadi coalition in the state.

RJD leader Tejashwi Yadav told the media that people action should be initiated against those who make such statements including BJP MP Parvesh Varma and Union Minister of State for Finance, Anurag Thakur. Maharashtra Congress spokesperson Sachin Sawant said, "AIMIM and BJP are two sides of the same coin. AIMIM is pushing the agenda of communal polarisation at BJP's instance."

Waris Pathan on Friday issued a statement claiming his remarks had been taken out of context by the media. He added that as a proud Indian he believed in the plurality of the country.