Fire at Crawford market in Mumbai; none hurt 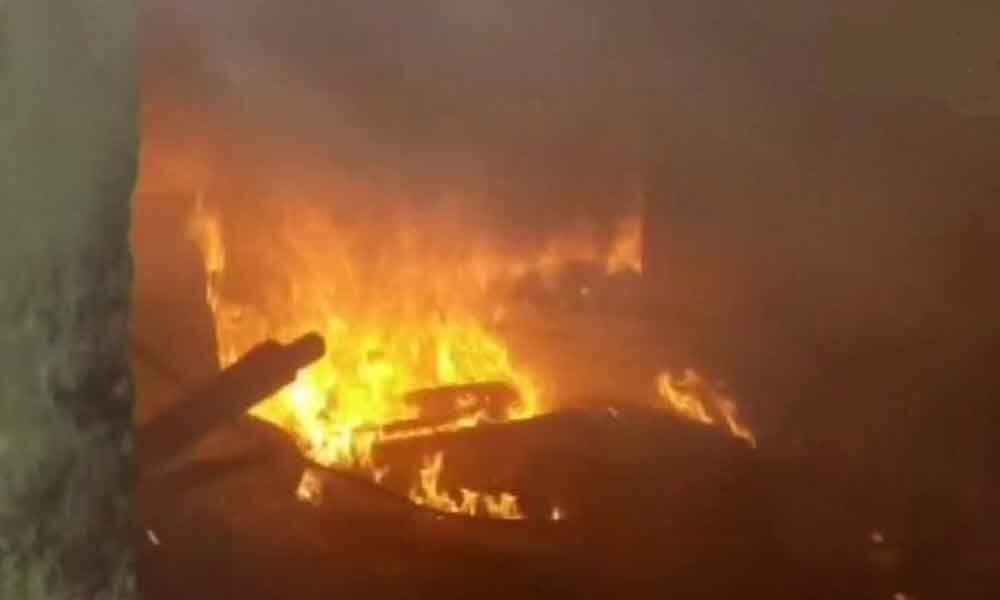 The blaze erupted around 10.50 am at the shopping centre located behind a mosque and spread rapidly in the complex, the official said.

Mumbai: A fire broke out at a shopping centre in the busy Crawford Market area of South Mumbai on Monday, a fire brigade official said. No casualty was reported in the incident, he said.

The blaze erupted around 10.50 am at the shopping centre located behind a mosque on Abdul Rahman Street and spread rapidly in the complex, the official said.

Several electronic goods, plastic, stationery items and electric installations were gutted in the fire, he said.

Four fire engines, as many water tankers, and a quick response vehicle were rushed to the spot, he said.

The fire brigade personnel managed to extinguish the flames after hectic efforts for about an hour, he said. The exact cause of the blaze was yet to be ascertained, the official said, adding that a probe was on into the incident.