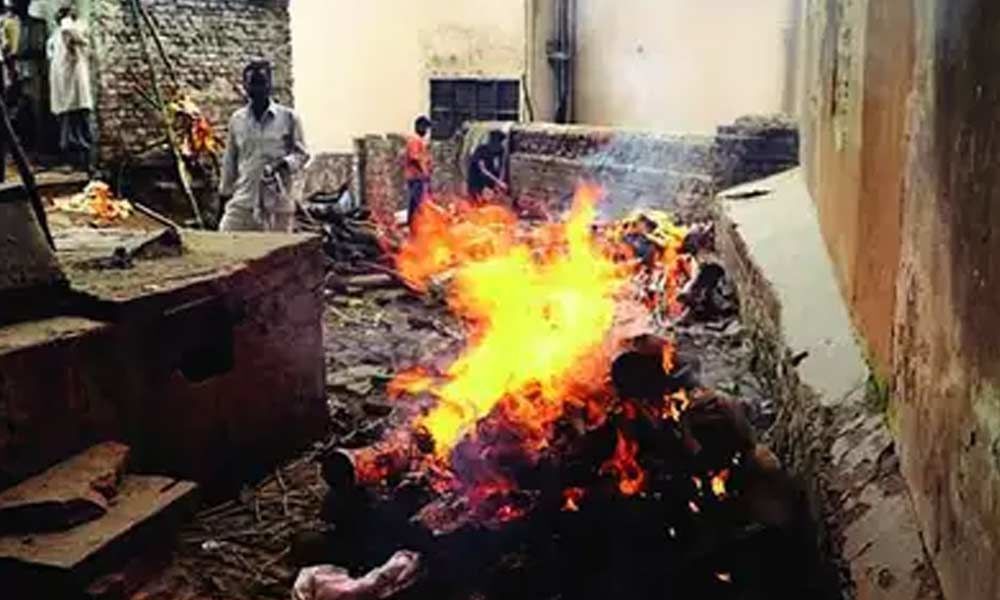 As the waters of the Ganga river in Varanasi inundated the ghats, cremation of dead bodies is now being done in the lanes of the holy city.

Varanasi: As the waters of the Ganga river in Varanasi inundated the ghats, cremation of dead bodies is now being done in the lanes of the holy city.

The cremation ground at Harishchandra Ghat and Manikarnika Ghat are now underwater and the last rites of the dead are being performed in the narrow by-lanes and in the backyard of houses adjoining the ghats.

Wooden logs kept for cremations could be seen floating in the flood waters.

"The pyres are being burnt in a dry small space, which is barely enough to accommodate a pyre and some people attending the last rites. Most of those coming with bodies for cremation are forced to wait on the main road as the entire ghat area is submerged, "said Acharya Rakesh, a priest.

Bahadur Chaudhary, who belongs to the Dom community that performs the last rites, said: "We are helpless. This is sheer callousness of the administration that has failed to construct a high platform for cremations despite availability of funds.

"The problem has worsened owing to the fact that the gas-based crematorium at Harishchandra Ghat is lying defunct due to a technical snag. It has two furnaces. While one stopped working last week, the other developed the snag after heavy rains lashed the city on Sunday night."

A large number of bodies from eastern part of the state, as well as Bihar, are brought for cremation to Varanasi, as according to Hindu belief cremation in this city leads to salvation.

People are also complaining of a sudden and exorbitant increase in prices of wooden logs and other material used for performing the last rites.