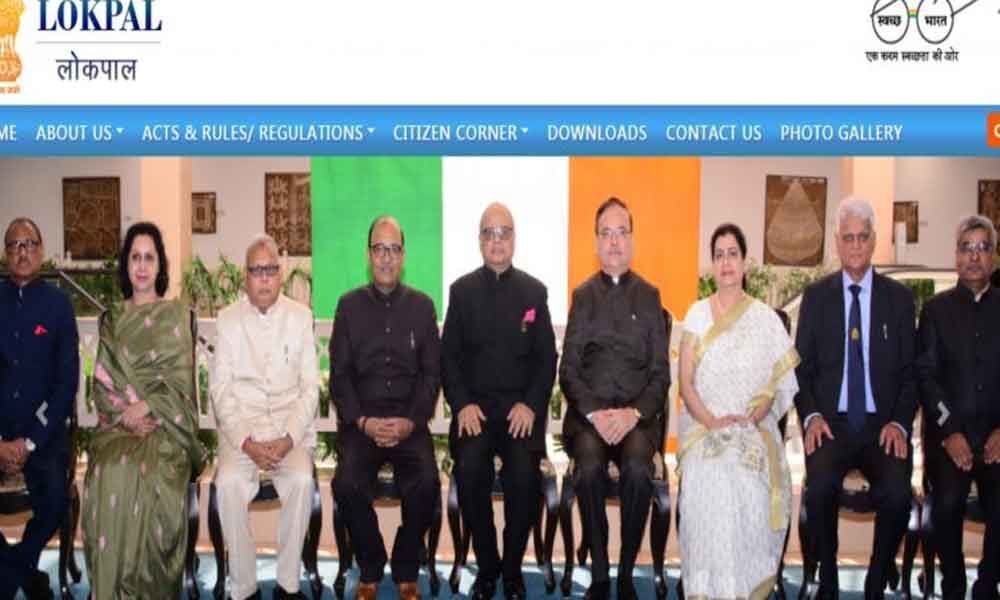 As per norms, a complaint shall be filed in the prescribed form to be notified by the central government.

New Delhi: The central government will soon come out with a format for lodging a complaint with anti-corruption ombudsman Lokpal, officials said Thursday.

As per norms, a complaint shall be filed in the prescribed form to be notified by the central government.

"The form will be made public soon," a senior Personnel Ministry official said.

Although the form for filing a complaint has not yet been notified, Lokpal decided to scrutinise all the complaints received in its the office till April 16, 2019, in whatever form they were sent, according to the anti-corruption ombudsman's website which was inaugurated Thursday.

"After scrutiny, complaints that did not fall within the mandate of the Lokpal were disposed off and complainants are being informed accordingly," it said, without giving details of the complaints.

The website -- www.lokpal.gov.in -- was inaugurated by Lokpal chairperson Justice Pinaki Chandra Ghose in the presence of all the eight members of the anti-corruption ombudsman.

As per the website, the office of Lokpal is at 'The Ashok' hotel in Chanakyapuri in the national capital. President Ram Nath Kovind had on March 23 administered the oath of office to Justice Ghose as the chairperson of Lokpal. Justice Ghose, 66, retired as the Supreme Court judge in May 2017.

He had last served as a member of the National Human Rights Commission (NHRC). The Lokpal's eight members were administered the oath by Justice Ghose on March 27.

According to the rules, there is a provision for a chairperson and a maximum of eight members in the Lokpal panel.

Of these, four need to be judicial members. The Lokpal Act, which envisages appointment of a Lokpal at the Centre and Lokayuktas in states to look into cases of corruption against certain categories of public servants, was passed in 2013.