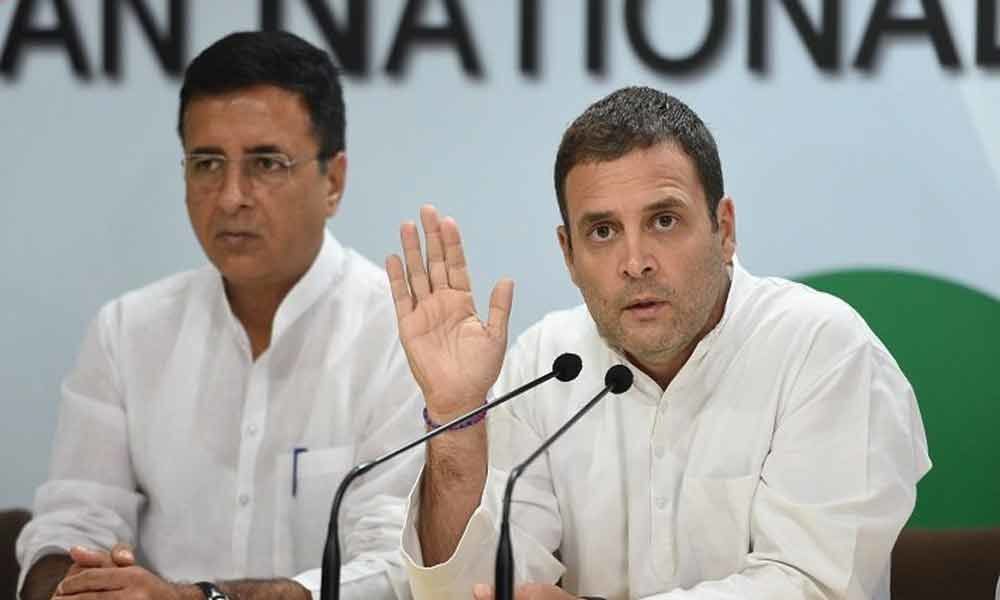 BJP president Amit Shah is a director in the bank.

The two complainants had moved the court last year after the Congress leaders reportedly alleged the bank was involved in "scam" to convert " Rs 750 crore" scrapped notes within five days of demonetisation in November 2016.

Additional chief metropolitan magistrate S.K. Gadhvi issued summons to the two leaders after finding prima facie evidence against them, and asked them to appear in the court on May 27.

The court ordered this after holding a probe into the matter under Section 202 of the CrPC (to enquire into the case to decide whether or not there is sufficient ground for proceeding) as part of which evidences were produced and witnesses examined.

Mr Gandhi and Mr Surjewala had reportedly alleged the ADCB had received deposits of Rs 745.59 crore in demonetised currencies within five days of the Prime Minister announcing the note ban.