Had Lalu joined hands with BJP, would have been called Harishchandra: Tejashwi 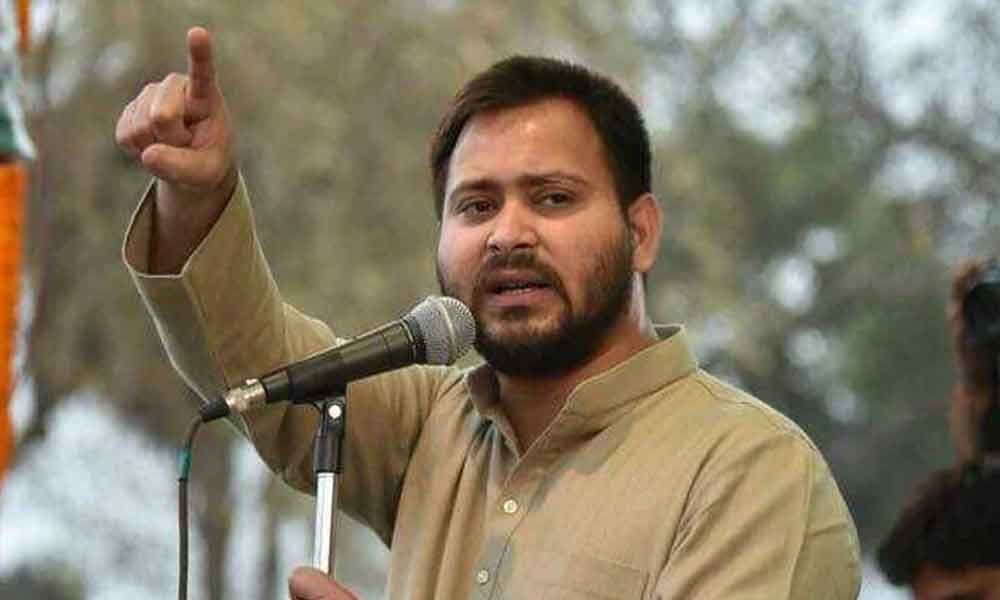 Tejashwi Yadav said if his father had joined hands with BJP, then alleged 'fodder scam' would have been converted into 'brotherhood scam'.

New Delhi: RJD leader Tejashwi Yadav said that if his father Lalu Prasad Yadav had joined hands with BJP, then the alleged "fodder scam" would have been converted into "brotherhood scam" within two minutes.

Taking to Twitter, he said that joining hands with BJP would have given his father the reputation of being "Raja Harishchandra" (considered an epitome of honesty) while asserting that this all could have happened if Lalu Yadav's DNA would have changed.

"Had Lalu Ji joined hands with BJP then he would have been considered as 'Raja Harishchandra' of Hindustan. The alleged fodder scam would have converted into brotherhood scam within two minutes if the DNA of Lalu Ji had changed," tweeted Tejashwi Yadav.

Meanwhile, in his bid to put rest to all speculations regarding alleged 'tension' between him and his elder brother over the distribution of party tickets, Tejashwi went on to meet Tej Pratap Yadav to wish him on his birthday.

Tej Pratap Yadav, has floated a new outfit called 'Lalu Rabri Morcha' stating he would contest as an independent candidate in the Lok Sabha elections. Tej Pratap Yadav had said that Tejashwi is surrounded by "courtiers" who want to create a rift between the brothers.

Bihar voted for its four Parliamentary constituencies on April 11. It will witness polls on April 18, 23, 29 and May 6, 12 and 19 for the remaining out of its 40 parlimentary seats.