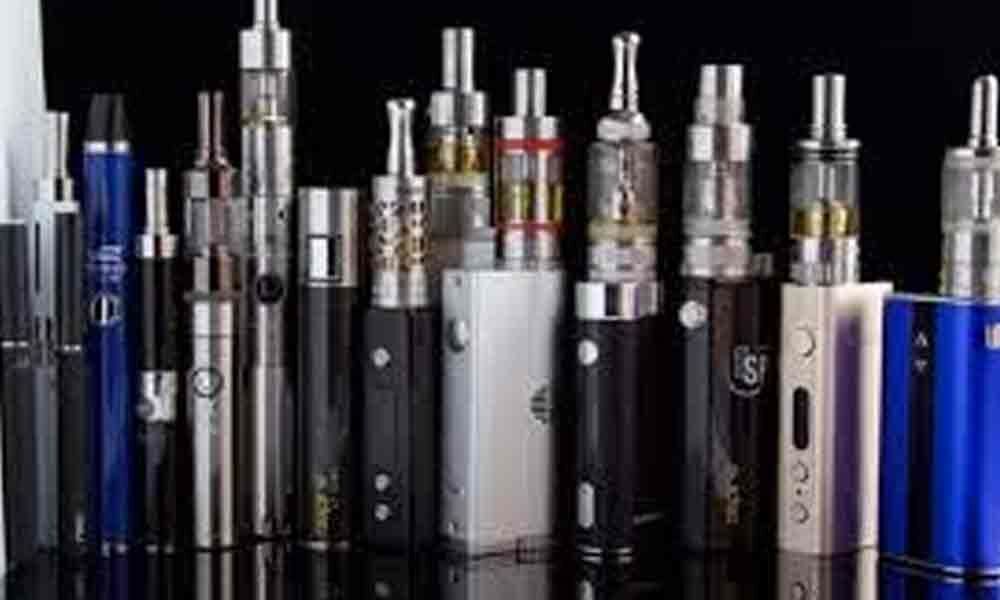 New Delhi: The Delhi High Court on Friday extended its stay on the ban on a Directorate General of Health Services (DGHS) order banning the sale, manufacture, distribution, trade, import and advertisement of Electronic Nicotine Delivery Systems (ENDS) including e-cigarettes, till August 22, the next date fixed for further hearing.

Justice Vibhu Bakhru's decision came on a plea by Litejoy International Pvt Ltd challenging the DGHS' February 22 order on the matter. On March 18, the court had stayed the order on the ban on ENDS till May 17. On Friday, it extended the stay till August 22. The court also granted more time to the Centre to file a reply to the plea.

The court also heard a bunch of petitions filed by ENDS manufacturers and importers challenging a circular dated November 27, 2018. This circular has directed to the State licensing authorities to ensure that ENDS, including e-cigarettes, Heat-not-burn devices, Vape, e-Sheesha, e-Nicotine Flavoured Hookah and similar devices that enable nicotine delivery are not sold (including online), manufactured distributed, traded, imported and advertised in their jurisdictions, "except for the purpose and in the manner and to the extent, as may be approved under the Drugs and Cosmetics Act."

The petitioners argued that the prohibition seriously affects a person's right to choose a safer alternative as compared to combustible cigarettes. On May 16, a division bench headed by Chief Justice Rajendra Menon had denied the Centre's appeal against the interim stay imposed on the ban.

The Centre argued that ENDS were akin to nicotine replacement therapy products such as nicotine patches, gums, and would, therefore, fall under the definition of a 'drug' as per the Drugs and Cosmetics Act, 1940.

In August 2018, the Health Ministry had issued an advisory to States asking them to ban sales, trade, import, manufacturing and promotion of ENDS. In November 2018, the Central Board of Indirect Taxes and Customs (CBIC) directed customs officials to refer all ENDS import shipments to the Regional Drug Controllers to check for compliance under the Drugs and Cosmetics Act. In February 2019, DGHS wrote to State Drug Controllers asking them to ensure that ENDS are not sold in their jurisdiction.