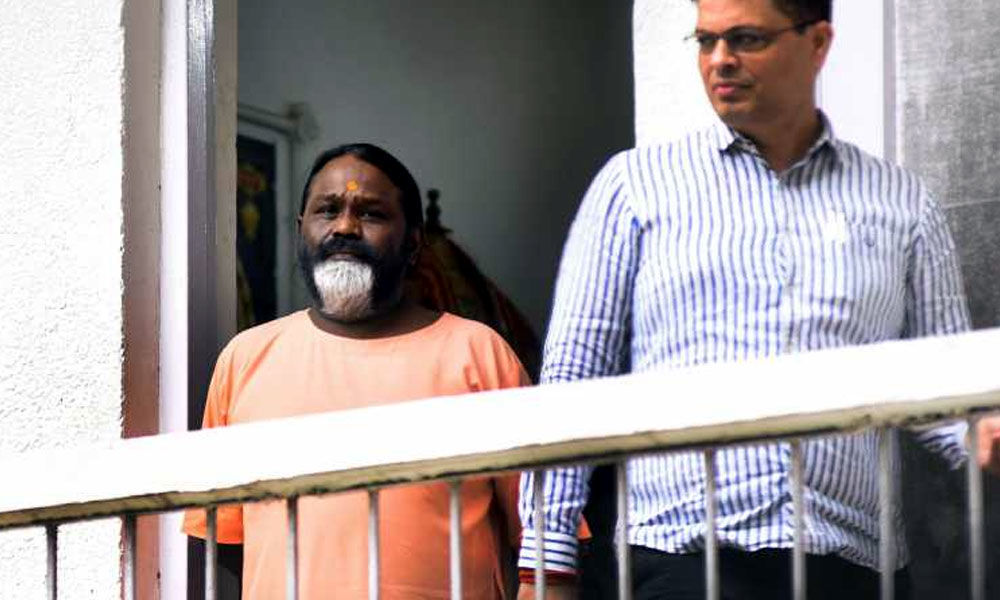 Justice Chander Shekhar also asked three other accused in the case to file their replies to the agency's petition. The court listed the matter for further hearing on August 26.

It had earlier asked the CBI to explain why it was seeking cancellation of anticipatory bail granted to Daati and about the steps taken by it to take him into custody, as the matter was transferred to the agency in October, 2018.

The high court was hearing the CBI plea seeking cancellation of anticipatory bail granted to Daati and three others by a trial court here in January this year. CBI said it was challenging the absolute protection given to the accused from being arrested as he would not cooperate in the investigation.

A division bench of the high court had earlier transferred the probe into the rape case to CBI. Daati had filed a petition seeking review of the court decision transferring the rape probe to CBI.

The court had dismissed the plea on November 14, 2018. The court had said the investigation was handed over to the CBI "after going through the charge sheet in detail" and after considering the plea moved by the "victim herself".

In October last year, the high court said the manner in which the probe was carried out by police "casts a shadow on the investigation" as it did not arrest the accused in the case even after recording the complainant's statement before a magistrate under Section 164 of the Criminal Procedure Code.

The preacher's plea against the October 2018 order was initially filed in the Supreme Court which had asked him to approach the high court with his grievance. The CBI had registered a case of rape and unnatural sex against Daati on October 26.

A complaint was filed against Daati Madan Lal alias Daati Maharaj on June 7, 2018 and an FIR was registered on June 11. On June 22, police questioned the accused, who has been charged with rape of a disciple at his ashrams in Delhi and Rajasthan.

The accused has claimed that he was being framed. The complainant has filed the case against the preacher, his three brothers and a woman at Fatehpur Beri police station in South Delhi. The case was later transferred to the crime branch.