Hope Modi will start dialogue with Pakistan if he gets re-elected: Mehbooba Mufti 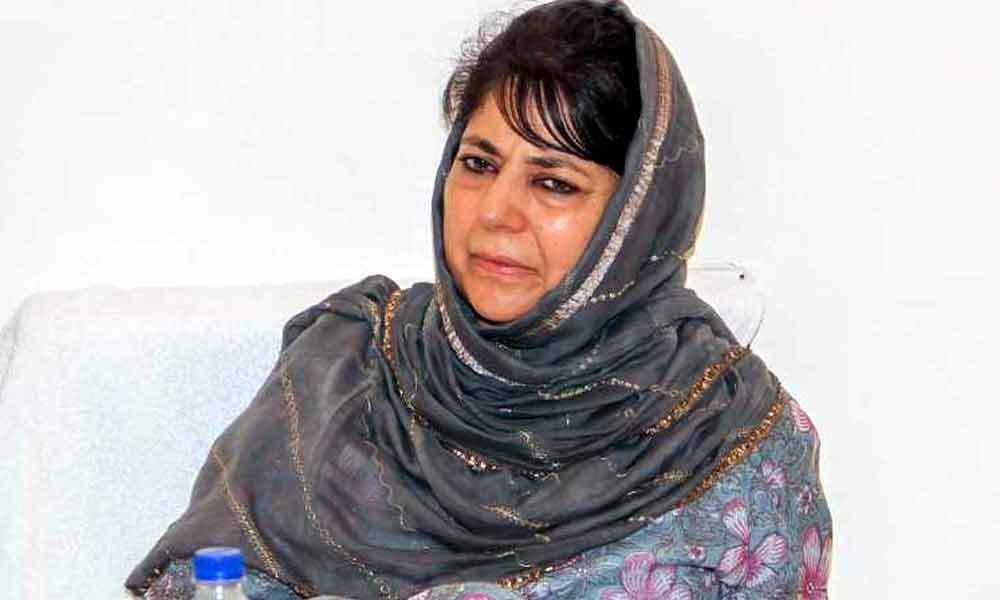 The PDP president was reacting to Khan's remarks that he thinks there may be a better chance of peace talks with India if BJP wins the general election due to begin on Thursday.

SRINAGAR: PDP president Mehbooba Mufti on Wednesday said that like Pakistan premier Imran Khan she too is hoping that Prime Minister Narendra Modi will start a dialogue with Islamabad if he gets re-elected.

The former Jammu and Kashmir chief minister said her father Mufti Mohammad Sayeed was of the same view when he formed an alliance with the BJP in 2015 but Modi "lost a golden opportunity by not making use of it to start a dialogue with Pakistan".

"That is what Mufti thought. He knew that a BJP prime minister, who has support of Jan Sangh, the RSS and Shiv Sena, if he wants to make use of the opportunity, then he can talk to Pakistan like (former prime minister Atal Bihari) Vajpayee, she told reporters here.

The PDP president was reacting to Khan's remarks that he thinks there may be a better chance of peace talks with India if BJP wins the general election due to begin on Thursday.

Now, if Modi gets re-elected, then like Imran Khan, we too hope that he starts a dialogue with Pakistan and Modi makes full use of another opportunity, Mehbooba Mufti said.

During an interaction with a small group of foreign journalists in Islamabad, Khan had said he believes there may be a better chance of peace talks with India and settling the Kashmir issue if Modi's party BJP wins the general elections.

Khan said other parties would be afraid of right-wing backlash in case of a settlement on the Kashmir issue.