HRD Ministry : JNU is not going to discontinue Prof Emeritus status to any academician 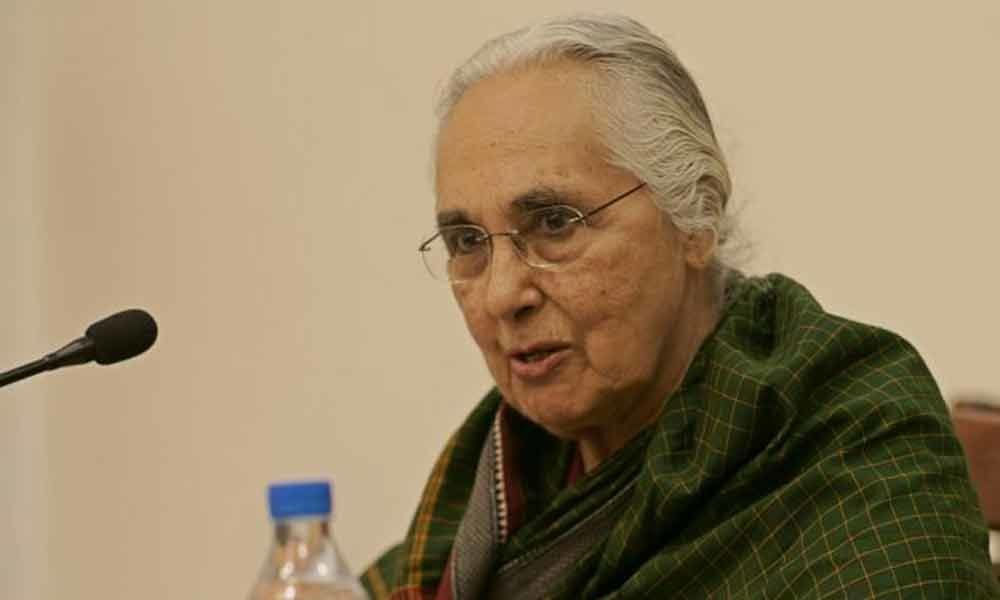 The HRD Ministry on Monday clarified that there is no move by the JNU to discontinue anyone's Professor Emeritus status, following a controversy over the university seeking CVs of the academicians holding the position, including of historian Romila Thapar.

New Delhi: The HRD Ministry on Monday clarified that there is no move by the JNU to discontinue anyone's Professor Emeritus status, following a controversy over the university seeking CVs of the academicians holding the position, including of historian Romila Thapar.

In July, the varsity's registrar wrote to professors holding the 'professor emeritus' position to submit their CV, so that they can evaluate whether they should continue at the post. Thapar, noted scientist R Rajaraman, former JNU VC Asis Datta, are among the 12 Emeritus Professors, above the age of 75, who have received the letters.

At present, there are 25 academicians holding the positions in the university. The registrar's communication stems from a resolution of JNU's executive council on August 23, 2018, which revised the guidelines for designation as an emeritus professor.

The Jawaharlal Nehru University Teachers' Association on Sunday termed "politically motivated" the JNU administration's decision to ask Thapar to submit her CV for assessment for her continuation as professor emerita. Soon after JNUTA statement, the university said it is following its ordinance "in letter and spirit" about the appointment of professor emeritus at JNU.

"As per the ordinance, the university is required to write to all those who have attained the age of 75 years to know their availability and willingness to continue their association with the university. Letters have been written only to those emeritus professors who fall in this category," it said. It explained that these letters were not for discontinuation but for an informed review by the executive council, the highest statutory body of the university, and it is consistent with the practices at other reputed universities such as MIT and Princeton University.