I want to use next five years for Ganga rejuvenation: Uma Bharti 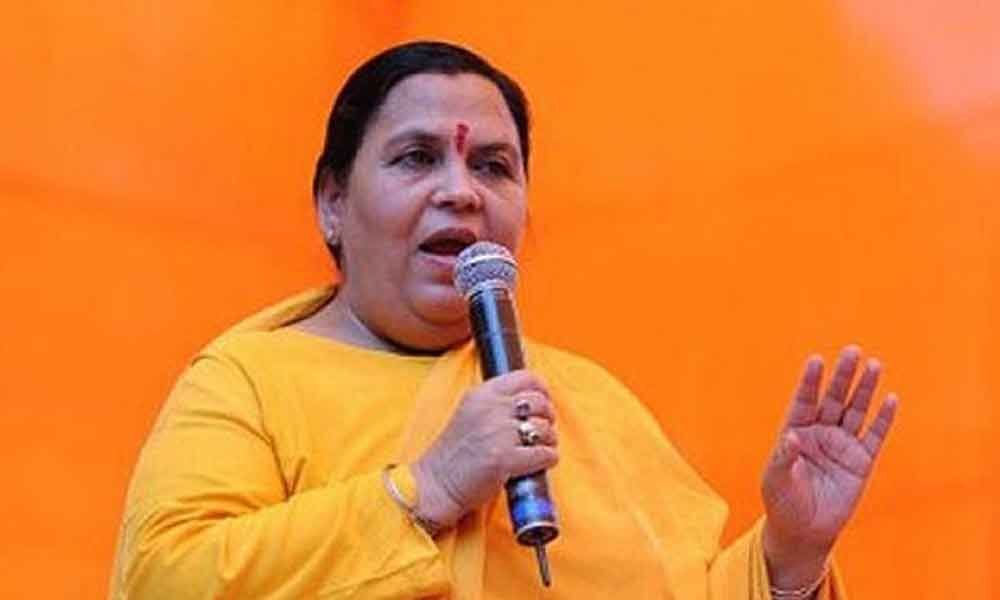 Uma told this time she has taken a break to work for Ganga reconstruction but did not exclude contesting again in 2022.

Uma Bharti, the Union minister and one of the firebrand leaders the Ayodhya movement, has said Marxist revolutionary Che Guevara, Lord Hanuman and warrior king Shivaji influenced her decision not to contest Lok Sabha polls in 2019.

"I am impressed with three characters in my life. First, Hanumanji, second Che Guevara and third Shivaji. Che won and he was with late Cuban leader Fidel Castro. Then he suddenly realized one more country was waiting for him. He quit the trappings of power. He fought and died there. Similarly, Hanuman was like this. He fought for everything and then sat at the feet of Lord Ram," said Uma. "I get my influence from (LK) Advaniji also," the sitting MP from Jhansi, said.

Uma told this time she has taken a break to work for Ganga reconstruction but did not exclude contesting again in 2022. "The other day Amit Shahji publically said that I will be BJP vice-president after the results. I am 59 and want to use next five years for Ganga rejuvenation. That's my calling," she said.

Moreover, she also supported CM Yogi Adityanath and PM Narendra Modi, saying she's fond of both of them and further stated that Yogi is the younger version of the Prime Minister.