If talks happen with Pak, it will be only on PoK: Rajnath 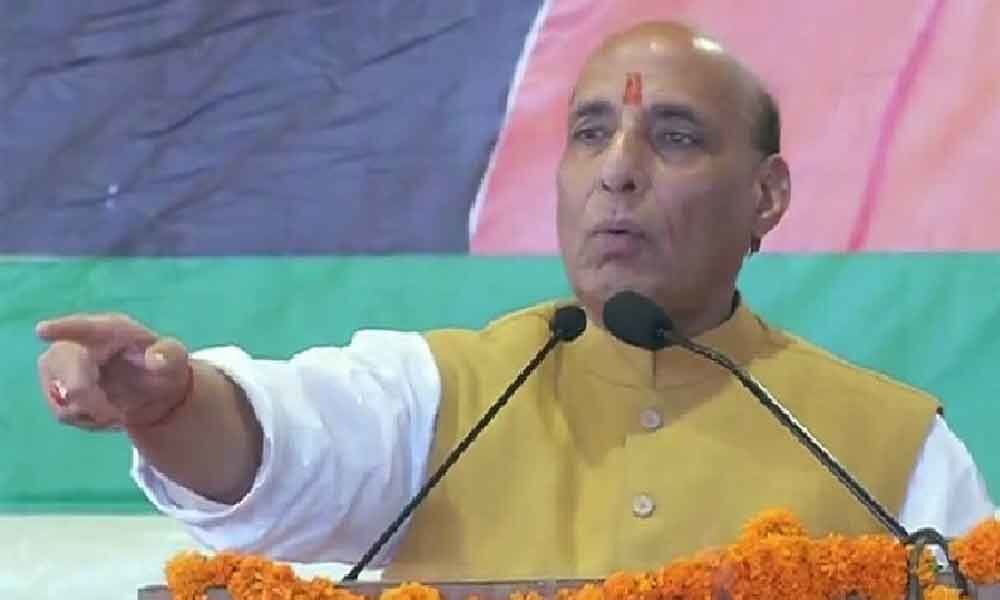 Amid tensions with Pakistan over the revocation of the special status of Jammu & Kashmir, Defence Minister Rajnath Singh on Sunday asserted that if bilateral talks between the two countries were to happen, it will be on Pakistan Occupied Kashmir only.

New Delhi: Amid tensions with Pakistan over the revocation of the special status of Jammu & Kashmir, Defence Minister Rajnath Singh on Sunday asserted that if bilateral talks between the two countries were to happen, it will be on Pakistan Occupied Kashmir only.

Speaking at the 'Jan Aashirwad Yatra' of Haryana Chief Minister Manohar Lal Khattar in Panchkula, Rajnath reiterated India's stand on the Kashmir issue, saying India will not initiate a dialogue with Pakistan as long as it supports terror on its soil.

"Some people believe that talks should be held with Pakistan but as long as Pakistan supports terror, there will be no talks. If there will be talks, it will be on PoK," he said.

Singh's remarks come days after he hinted that even though India remains committed to the doctrine of 'no first use' for nuclear weapons, it may not be etched in stone and that "what happens in future depends on the circumstances."

On the government's decision to revoke the special status of Jammu and Kashmir by modifying Article 370, Rajnath said the move has "baffled Pakistan which is knocking on the doors of the international community".

Pakistan has urged the international community to intervene in the Jammu and Kashmir issue. On Friday, the United Nations Security Council's (UNSC) held a closed-door meeting.

The meeting on Kashmir by the Security Council ended without any outcome or statement from the powerful 15-nation UN organ.

Most of the members stressed that the issue is a bilateral matter between New Delhi and Islamabad. "Few days ago, Prime Minister of Pakistan said that India is planning to take an action bigger than Balakot.

It means that Pakistan PM acknowledges what India did in Balakot," Rajnath said referring to India's airstrike inside Pakistan in a "non-military pre-emptive action" after the Pulwama attack by a Jaish operative that killed 40 CRPF personnel.