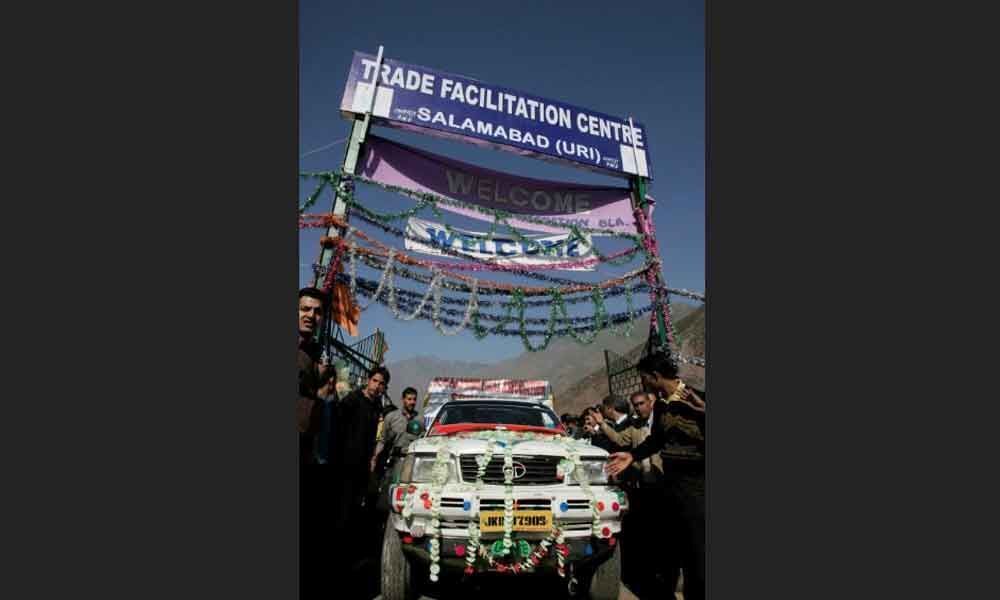 India suspended cross-border trade with Pakistan-controlled Kashmir because it was being used to funnel weapons and drugs, the government said on Thursday, in a further crackdown in the volatile territory.

NEW DELHI: India suspended cross-border trade with Pakistan-controlled Kashmir because it was being used to funnel weapons and drugs, the government said on Thursday, in a further crackdown in the volatile territory.

Trade across the "Line of Control" (LoC), or the heavily militarised de facto border that divides the two parts of Kashmir between India and Pakistan, has served as a confidence-building measure and to help the local population.

But tensions between India and Pakistan have been running high ever since a Pakistan-based militant group claimed responsibility for bombing a security convoy in Kashmir.

Prime Minister Narendra Modi, in the middle of a tightening election race, ordered air strikes on a suspected camp of the Jaish-e-Mohammad group in northwest Pakistan, prompting a retaliatory air raid by Pakistan.

On Thursday, the Indian home ministry said it had been receiving information that militant groups were using the cross border route to send arms, drugs and fake Indian currency.

"Unscrupulous and anti-national elements are using the route as a conduit for money, drugs and weapons, under the garb of this trade," the ministry said.

It said that inquiries by the National Investigation Agency had shown a significant number of firms engaged in the cross border trade were being operated by people with links to militant groups. It did not name anyone.

Prayer mats, carpets, cloth, oranges, mangos and herbs return from the Pakistani side.

Soon after the attack on the Indian security convoy, India withdrew Most Favoured Nation status to Pakistan, accusing the neighbour of not doing enough to rein in militant groups operating from its soil.

Pakistan denied any involvement in the attack.

The Indian government said on Thursday it believed that following the withdrawal of favoured status, more goods from Pakistan could be routed through the cross-border channels in Kashmir to avoid the higher duties.

"It has, therefore, been decided by the Government of India to suspend the LoC trade at Salamabad and Chakkan-da-Bagh in Jammu and Kashmir with immediate effect," the government said referring to the points from where the trade took place.

There was no immediate reaction from Pakistan.