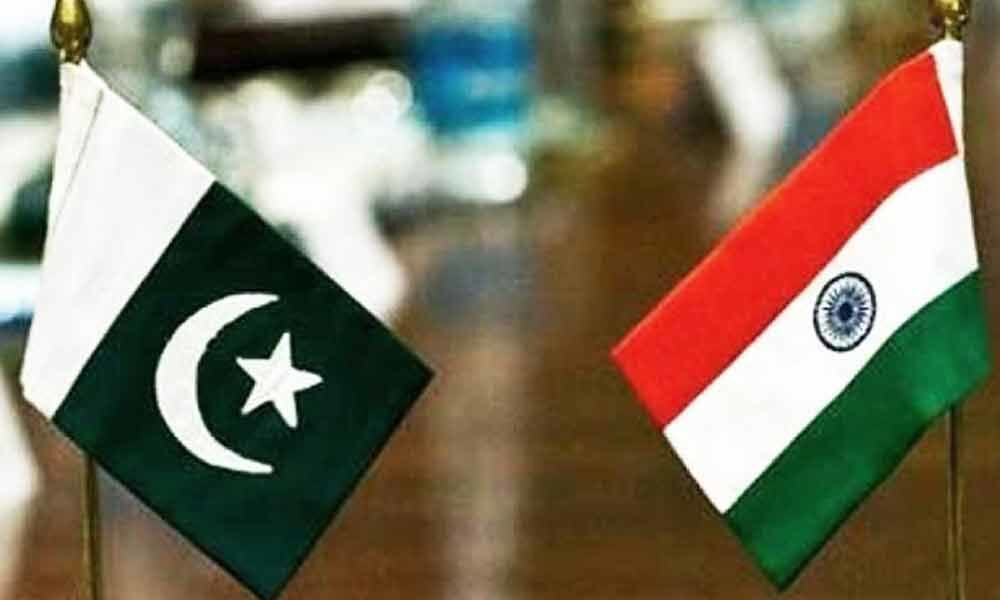 India on Sunday rejected as "irresponsible" and "preposterous" Pakistan Foreign Minister Shah Mahmood Qureshi's claim that India was planning to carry out another attack on Pakistan, saying his comments were aimed at whipping up war hysteria in the region.

New Delhi/Islamabad: India on Sunday rejected as "irresponsible" and "preposterous" Pakistan Foreign Minister Shah Mahmood Qureshi's claim that India was planning to carry out another attack on Pakistan, saying his comments were aimed at whipping up war hysteria in the region.

Qureshi told reporters in Multan that Pakistan has "reliable intelligence" that India was planning to attack Pakistan again between April 16 and 20, adding five permanent members of the UN Security Council were apprised about it. In a strongly worded statement, External Affairs Ministry Spokesperson Ravesh Kumar called Qureshi's comments a "public gimmick" appearing to be "a call to Pakistan-based terrorists to undertake a terror attack in India".

"India rejects the irresponsible and preposterous statement by the foreign minister of Pakistan with a clear objective of whipping up war hysteria in the region. This public gimmick appears to be a call to Pakistan-based terrorists to undertake a terror attack in India," Kumar said. He said India reserves the right to respond "firmly and decisively" to any cross-border terrorist attack.

In Islamabad, the Indian Deputy High Commissioner was summoned to Pakistan Foreign office and he was issued a warning against "any misadventure" by India. The claim by Qureshi came nearly six weeks after India struck the biggest terrorist training camp of Jaish-e-Mohammed deep inside Pakistan in retaliation to the dastardly Pulwama terror attack in which 40 CRPF personnel were killed. The JeM had claimed responsibility for the attack.

On February 27, the Pakistan Air Force retaliated by unsuccessfully targeting several military installations in Jammu and Kashmir. In the dogfight, Pakistan downed a MiG-21 Bison jet and captured an IAF pilot, who was handed over to India on March 1. India had shot down a Pakistani F-16 but Islamabad has been denying that it lost any jet in the aerial combat. Kumar said it has been made clear to Pakistan that it cannot absolve itself of the responsibility of a cross-border terrorist attack in India. "No attempt at creating an alibi for its complicity in such attacks will succeed. Pakistan needs to take credible and irreversible steps against terrorism operating from all territories under its control rather than making hysterical statements to obfuscate the core issue that bedevils our region: cross-border terrorism," he said.

Sources said the Indian deputy high commissioner clearly conveyed to Pakistan foreign office about India's position on Pak-sponsored terror, asserting that Islamabad must take concrete action against terror groups based in that country. The MEA spokesperson said Pakistan has been advised to use established diplomatic and DGMO (Director General of Military Operations) channels to share any actionable and credible intelligence it has about imminent terror attacks.

Earlier in the day, Qureshi told a press conference in his home town of Multan that India is devising a new plan to attack Pakistan. "A new mishap could be staged...And its purpose will be to justify their (India's) offensive against Pakistan and to increase diplomatic pressure against Islamabad," he alleged.

"If it happens, you can imagine the impact of the occurrence on the peace and stability of the region. According to our information, the action could be taken between 16-20 April," Qureshi said. He further said, "We want the international community to take notice of this irresponsible behaviour and reprimand them [India] for taking this route."

The tension between the two countries triggered by the Pulwama strike appeared to have eased slightly in the last couple of weeks. Pakistan on Friday announced that it will release 360 Indian prisoners, mostly fishermen as a "goodwill gesture". The two countries held a meeting relating to the Kartarpur corridor last month.