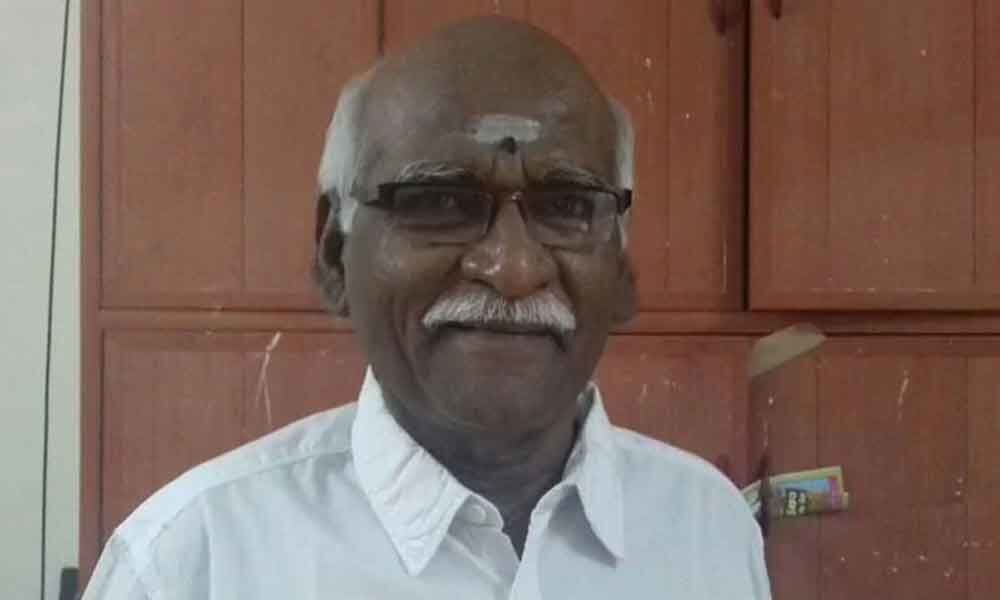 “This election I wanted to have green chilli as my symbol as it will be hot,” he said.

Take it as a challenge to the Election Commission or a statement exposing political leaders, but J Mohan Raj, an independent applicant contesting in Perambur assembly by-election believes in exhibiting his assets, if only on paper.

His affidavit perforated with overestimated figures, claiming that he has cash of Rs. 1.76 lakh crore, the ill-famed amount of 2G scam, which led to the Congress losing supremacy in the 2014.

"I know what I have said in the affidavit. The number is what the CAG quoted as losses to the exchequer during the 2G scam. When all other party leaders can show lower assets and cheat the people why should I not say I have so much cash on hand," claimed Raj, who has cited that he has taken a loan of Rs4 lakh crore from the World Bank, his wife's moveable assets include jewellery worth Rs2.7 lakh and his liabilities are in the form of jewellery loans in banks in Chennai and Tiruvallur. "This election I wanted to have green chilli as my symbol as it will be hot. I know what I am doing but I want my voters to know that how party leaders are cheating them," he added.

Raj had claimed to own astonishing possessions by announcing Rs. 1,977 crore in the 2009 Lok Sabha elections as well. "If what the top political leaders have declared as assets is correct, then mine is also correct," Raj said. "I will also say all my assets are in a Swiss bank and if you bring back black money, my name will also be on that list," he said. He has displayed an astonishing amount of assets but his nomination has been accepted, in every election.

Chief electoral officer Satyabrata Sahoo was contacted to know how such a nomination could be accepted. "If someone files a complaint against this candidate for furnishing wrong information, Raj can been taken to task. The income tax department too can interfere and probe the affidavit," said a former Tamil Nadu chief electoral officer.