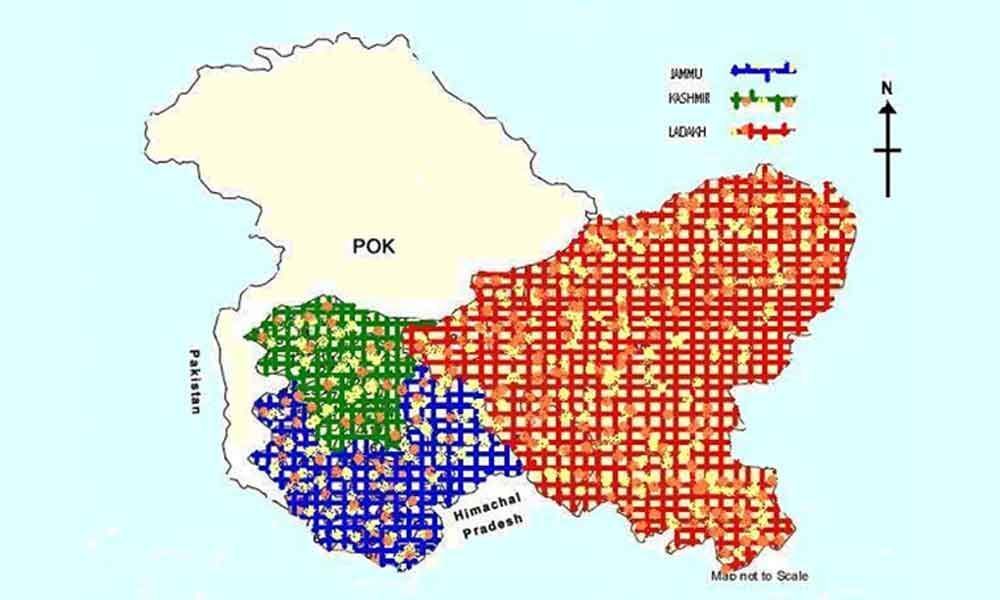 New Delhi: After the Union government curtailed Amarnath Yatra and asked tourists to return, speculation is rife about Centre's next move on Jammu and Kashmir.

According to experts, trifurcation of the state, one of the proposals that could be on the table as part of the larger plan to deal with the issue, could not be ruled out. There are provisions in the Constitution to change boundaries of states sharing border with Pakistan, they say.

The Lok Sabha and the Rajya Sabha would have to pass the amendment, and then half the states would have to agree with this decision.

It's a long-drawn process, but can be done, according to a Constitution expert, who sought to stay anonymous citing the sensitivity of the matter.

Following the abrogation of Article 370, Parliament would have the power under the Constitution to re-draw the boundary of J&K. Article 370 gives an autonomous status to J&K.

Under Article 368(1), Parliament may, in exercise of its constituent power, amend by way of addition, variation or repeal any provision of this Constitution in accordance with the procedure laid down in this Article.

The Article 3 provides the avenue for creation of a new state or re-drawing of boundaries through a Bill tabled in Parliament on the President's recommendation after holding consultation with the legislatures of the affected state.

The J&K's autonomy shields it from the application of Article 3, which was used to create new states, like Telangana. Thus, the only possibility tentatively visible is through abrogation of Article 370, according to the expert.

Former Secretary General of the Lok Sabha Subhash Kashyap said earlier that "Article 370 under the Constitution has been ascribed as a temporary provision, and not a special provision.

There are provisions in the Constitution -- temporary, transitional and special. Temporary is the weakest. The question is how it can be ended and when shall be ended."

BJP leader and advocate Ashwini Upadhyay said, "The sub clause 3 of Article 370 allows the President to notify that Article 370 has ceased to exist. After this, Article 3 can come into force. The President can consult the Governor in the absence of the Legislative Assembly".

Article 370(3), notwithstanding anything in the foregoing provisions of this article, the President may, by public notification, declare that this Article shall cease to be operative or shall be operative only with such exceptions and modifications and from such date as he may specify, provided that the recommendation of the Constituent Assembly of the State referred to in clause (2) shall be necessary before the President issues such a notification.