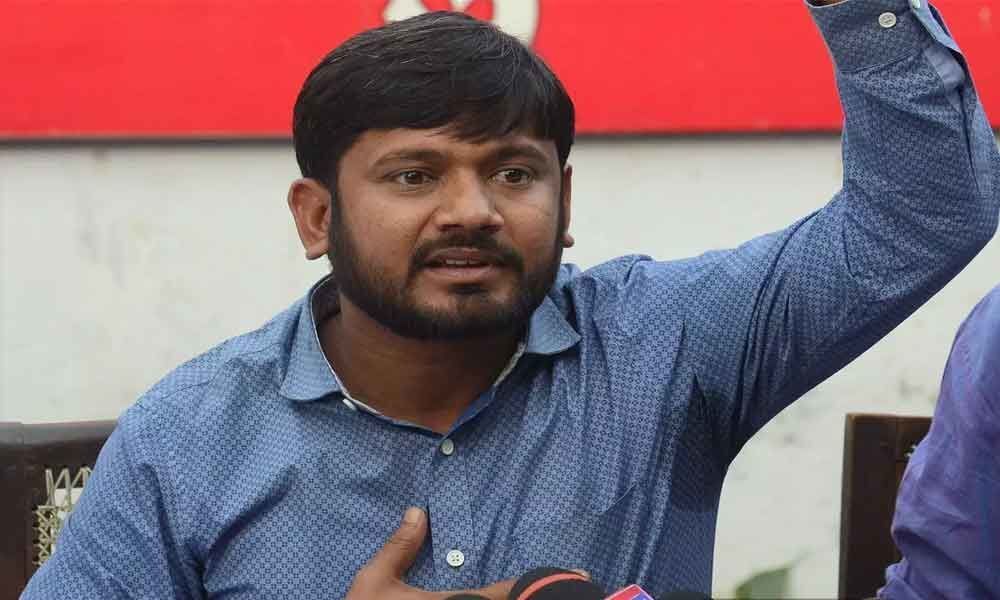 The CPI-RJD alliance could not be forged also because his party was not willing to compromise on its candidate Tanveer Hassan.

NEW DELHI: Candidature of former JNUSU President Kanhaiya Kumar from Begusarai constituency in Bihar was the "deal-breaker" between CPI and RJD as the Lalu Prasad-led party doubted Kumar's winnability quotient in view of several controversies surrounding him.

According to Rajya Sabha MP and RJD spokesperson Manoj Jha, the CPI-RJD alliance could not be forged also because his party was not willing to compromise on its candidate Tanveer Hassan, considering his popularity and the work done by him in Begusarai.

"RJD has been a very strong force. Even in the so-called Modi wave in 2014 elections, our candidate got almost four lakh votes and since then he has never left Begusarai. It was impossible for us to set aside Tanveer Hassan's candidature. We have a strong cadre and that wanted Tanveer Hassan and there is nothing we could have done. It is all about our cadre, our people, therefore, another candidature than his became a deal-breaker," he told.

In 2014 Lok Sabha elections, Hasan had finished second by losing to BJP's Bhola Singh by a small margin of over 55,000 votes. CPI's Rajendra Singh was at a distant third with nearly 1.92 lakh votes.

Sources in the RJD claimed that there were "several strong factors" --being an old face, non-controversial image and minority tag--which were in favour of Hassan and contributed to the party's decision to let go of the alliance.

Significantly, according to sources in the CPI's Bihar unit, there was also discontentment among a section of leaders about the party nominating Kumar and compromising on the alliance.

Jayant Jigyasu, who was a close aid of Kanhaiya during the sedition row but later parted way's to establish RJD's student wing in JNU, said it was "Kumar's arrogance and ignorance that led to the alliance fallout".

"Kanhaiya was massively supported in JNU by different factions because he was seen as a leader and not an opportunist. As a leader he should have thought of forming the alliance and defeating the BJP collectively rather than being adamant for the sake of his political career. Kanhaiya did not respond to repetitive calls made to seek his comment on the alliance fallout.

Kanhaiya, who has emerged as a prominent face of Left politics, is pitted in a three-way contest with NDA's Giriraj Singh and RJD's potential leader from the constituency Tanveer Hassan.

The former JNU leader shot to fame in 2016 and was later arrested on sedition charges following an event on hanging of Parliament attack convict Afzal Guru during which anti-national slogans were allegedly raised.

On January 14, Delhi Police had filed a charge sheet in the court against Kumar and others, saying he was leading a procession and supported seditious slogans raised in the JNU campus during an event on February 9, 2016.