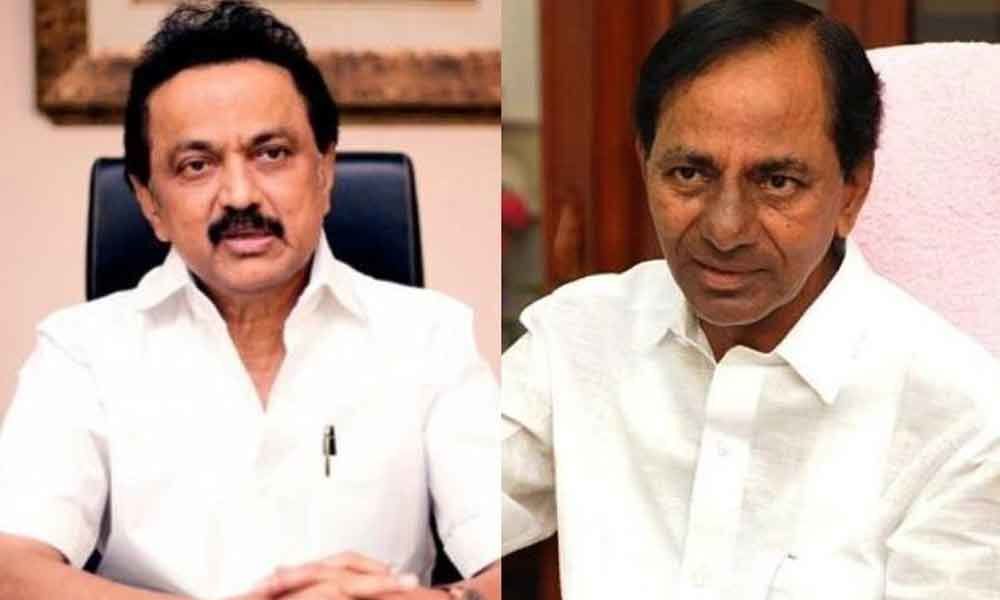 Two leaders are expected to hold discussions on emerging political developments and possibilities of forming a federal front.

The two leaders are expected to hold discussions on emerging political developments in the country and possibilities of forming a non-BJP, non-Congress federal front.

Earlier in the month, Rao met his Kerala and Karnataka counterparts Pinarayi Vijayan and HD Kumaraswamy to discuss the formation of a federal front government after the results of the Lok Sabha election.

After their meeting, Kerala CM Pinarayi Vijayan had said that the meeting with Rao was "highly significant" as he asserted that regional parties will play a major role in the formation of the next government at the Centre.

"A new government will come at the Centre which will follow federal system and secularism. The state will effectively lend support to anyone who supports the development of the state. Our meeting on May 6 with KCR was highly significant," Vijayan had said.

Meanwhile, Andhra Pradesh Chief Minister N Chandrababu Naidu's efforts to stitch up a third front government excluding the two principal political parties - the Congress and the BJP - also seem to be picking up pace with the conclusion of six of the seven phases of the general election.

Polling for the remaining 59 Lok Sabha seats will take place in the last phase on May 19. Counting of votes will begin on May 23.