Leopard brutally beaten to death in UP 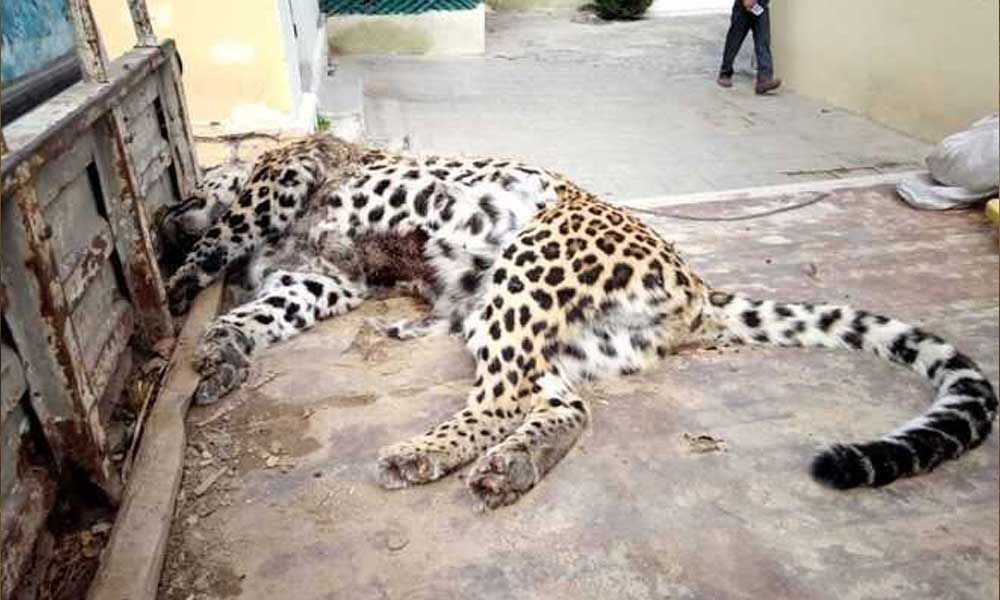 Bahraich (UP): A leopard was beaten to death by villagers after it attacked and injured at least six people in Uttar Pradesh's Bahraich district, offic...

Bahraich (UP): A leopard was beaten to death by villagers after it attacked and injured at least six people in Uttar Pradesh's Bahraich district, officials said.

The locals were working at a sugarcane field in a village adjacent to the Kakraha range of Katarniaghat Wildlife Sanctuary on Friday. The three-year-old leopard attacked and injured six of them, following which the villagers chased the leopard and attacked it with sticks, officials said.

After receiving the information, forest department officials reached the spot and caught the leopard. The animal was brought to the range hospital where it succumbed to injuries, the officials said, adding that the injured had been admitted to a community health centre.

Divisional Forest Officer G P Singh said a post-mortem would be conducted. An FIR has been filed against two named and 50-100 unnamed persons. Action will be taken against all those involved, the officer added.

According to locals, the leopard had attacked several people since February 28 and three villagers had died.