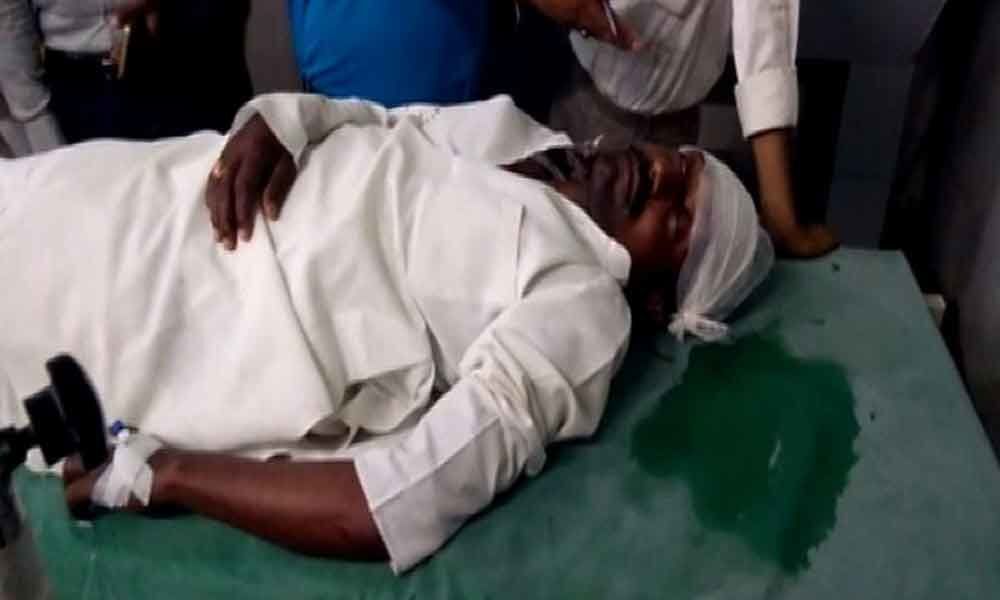 Mathura: After polling ended in Mathura Lok Sabha constituency on Thursday, a local BJP leader was attacked by some miscreants while he was sitting outside a polling station here.

A local BJP leader Chetan Swaroop alleged that some Samajwadi Party (SP) workers who have threatened him earlier are involved in the attack.

The doctor who gave treatment to Ram ji Lal in Mathura said, "There was an injury on Ram ji Lal's head. After the first aid, he has been referred to Agra for further treatment. His condition is stable."