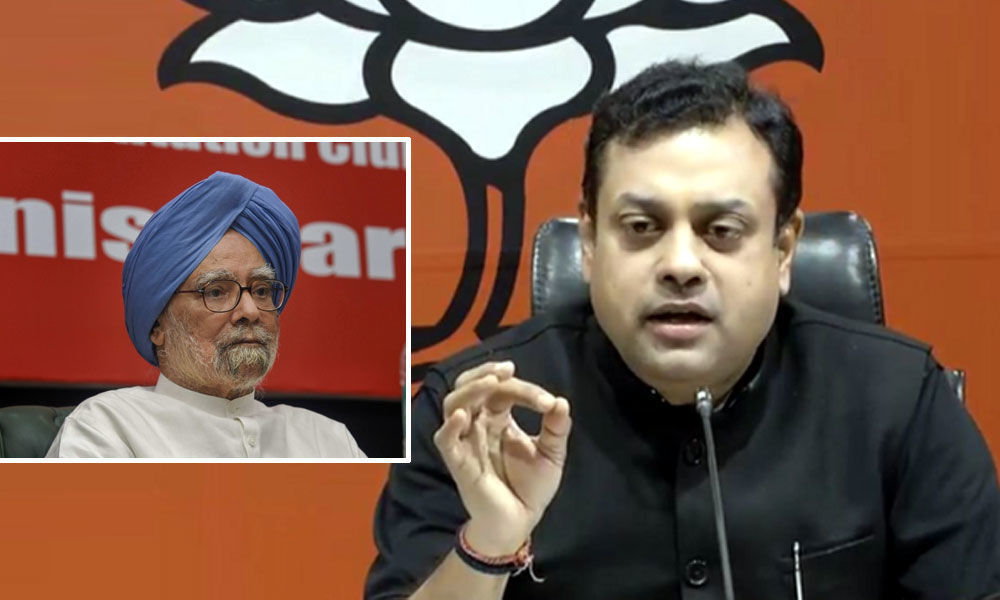 New Delhi: The BJP on Monday hit back at former prime minister Manmohan Singh for his criticism of the Union government's handling of the economy, saying India could not achieve the desired growth under him as he was used as a "puppet" by some to promote corruption and nepotism, while Prime Minister Narendra Modi's economic policy has propelled the country among the top world economies.

BJP spokesperson Sambit Patra told a press conference that Indian economy is doing "quite well" despite a global slowdown, adding that the Modi government in its six years has laid a "formal foundation" with measures like the GST and tax reforms. "He (Singh) was an economist but people behind the scenes used him as a puppet to impose their laws and promote corruption and nepotism. What kind of injustice it did to Indian economy we all know," Patra told reporters while replying to a question on Singh's comments.

The BJP leader claimed that now the atmosphere is about "Modi hai to mumkin hai" (It is possible if Modi is there) as the prime minister has created a strong economy with good credentials in his six years of rule. Modi's economic policy has propelled India among the top five world economies, he added. "The world economy is facing a slowdown but we can say with happiness that Indian economy is doing well... because of strong base and fundamentals, our economy is doing quite well," he said.

Singh on Sunday said the state of the economy was "deeply worrying" and urged the government to put aside "vendetta politics" and reach out to sane voices and thinking minds to steer the economy out of this "man-made crisis". The Congress leader said "all-round mismanagement" by the Modi government was responsible for the slowdown.