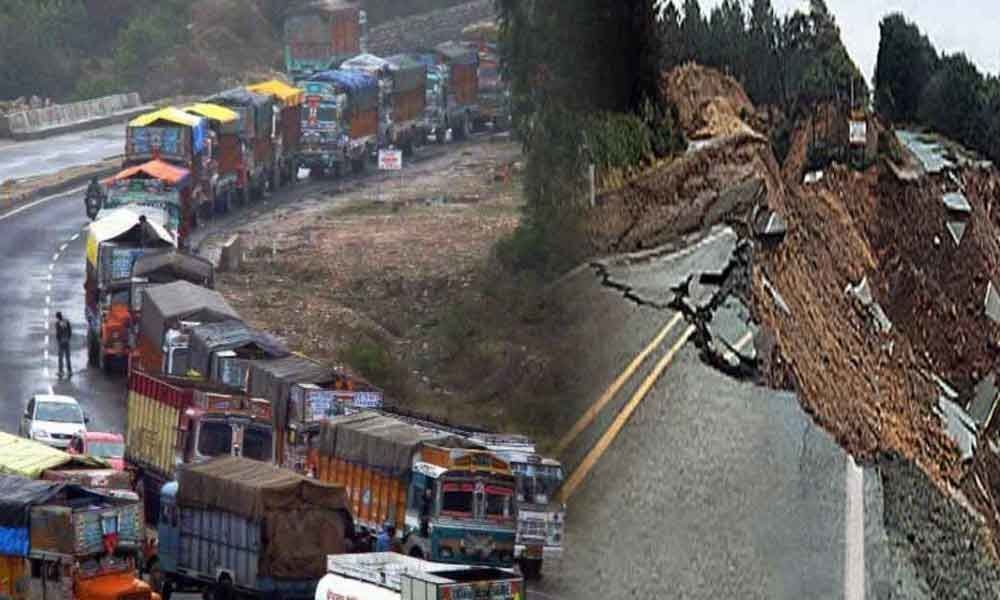 "Efforts are on to clear the debris. It was a huge landslide that hit the highway early in the morning. No traffic will be allowed on the highway both from Banihal and Udhampur," an official said.

Hundreds of vehicles were stranded on the nearly 300-km long highway on both sides of the landslide spot.