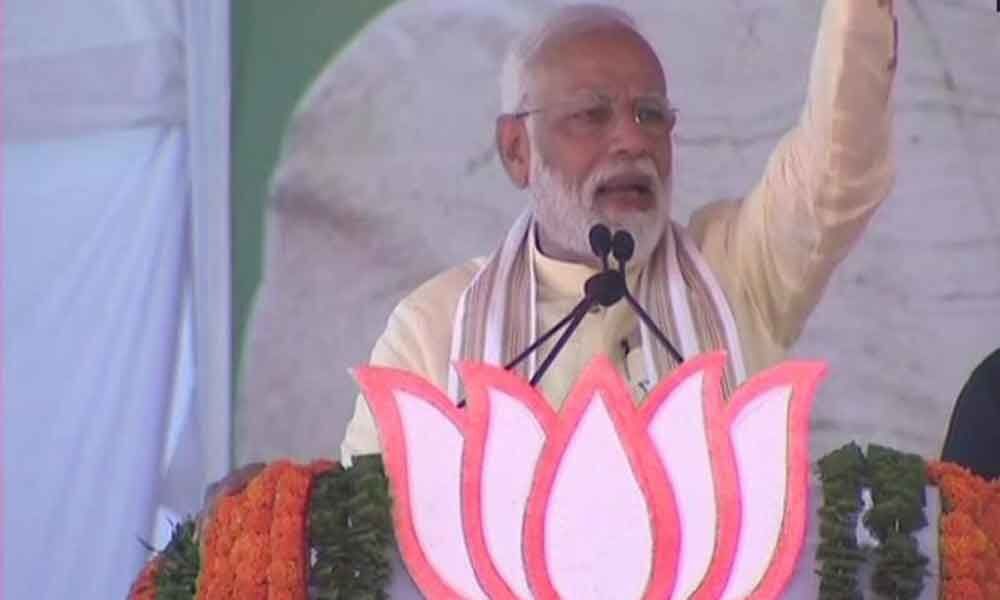 Modi said the opposition was restless given the response the BJP got in the first two phases of the Lok Sabha polls across the country.

Pimpalgaon: Prime Minister Narendra Modi on Monday said his government took bold steps to counter terror attacks in contrast to the "pusillanimous" approach adopted by the earlier Congress-led regimes while dealing with them.

Modi's remarks at a poll rally here in Nashik district of Maharashtra came a day after a terror attack in Sri Lanka killed 290 people in a series of eight blasts that tore through churches and luxury hotels in the island country.

"Bomb explosion in the neighbouring country (Sri Lanka) killed hundreds of people...before 2014, in India too, serial explosions took place in Mumbai, Delhi, Ayodhya. What did the then Congress-NCP government do? It held condolence meetings and expressed grief. They went about crying across the world, saying Pakistan did this and Pakistan did that. But what did we do? We changed that pusillanimous policy," Modi said.

Modi accused the Congress of "destroying" the state- run HAL and added his government increased defence production under the 'Make in India' programme.

Without naming any leader from the opposition, Modi said "some" experience electric current the moment I talk about dynasty and national security.

He said the opposition was restless given the response the BJP got in the first two phases of the Lok Sabha polls across the country.

Addressing the rally in a region known for onion production, Modi said his government is trying to increase onion storage capacity and reduce tax on their transportation.

He claimed that the Congress tweaked crop prices to benefit middlemen. "I have fought a battle against these middlemen," he added.