Modi to address BJP rally in Jammu on Thursday 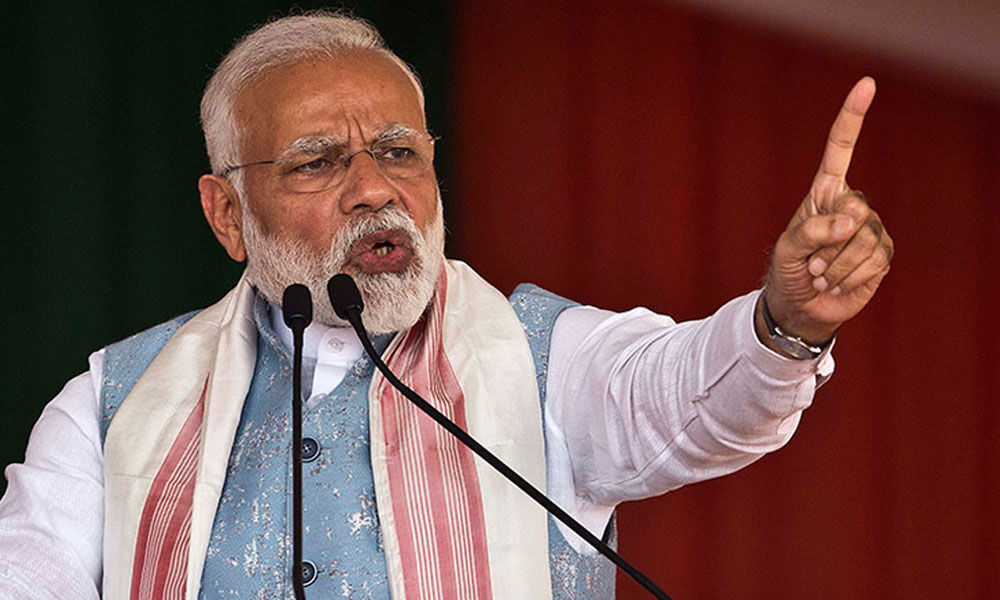 Prime Minister Narendra Modi will address an election rally in the Jammu district on Thursday, a BJP official said here on Tuesday.

Jammu: Prime Minister Narendra Modi will address an election rally in the Jammu district on Thursday, a BJP official said here on Tuesday.

Avinash Rai Khanna, BJP National Vice President, said the grand start of the party's election campaign in the region will take place from Modi's 'Vijay Sankalp rally' scheduled to be held in the outskirts of Jammu city at the Doomi panchayat in Bhalwal.

According to the official, Modi will seek votes for the two Bharatiya Janata Party candidates -- Jugal Kishore Sharma from Jammu and Jitendra Singh from Udhampur -- who are seeking re-election.

Elections to the Udhampur seat is scheduled on April 11 while voting for Jammu will be held on April 18.

Elaborate security arrangements are being made for Modi's visit. An advance security liaison (ASL) team that protects the Prime Minister has already arrived here.