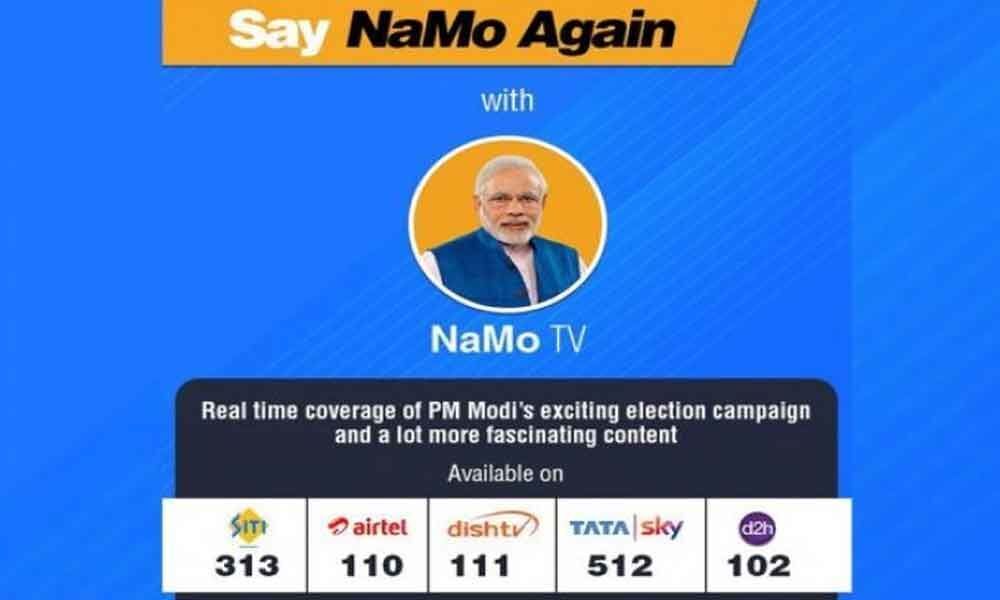 The ministry said NaMo TV is not a regular channel and does not figure in official list of approved channels, a source said.

New Delhi: The Information and Broadcasting Ministry is learnt to have responded to an Election Commission notice on NaMo TV on Friday, saying it is an advertisement platform launched by DTH service providers which does not require government nod.

The ministryalso said that NaMo TV is not a regular channel and it does not figure in the official list of approved channels, a source said.

The Information and Broadcasting ministry told the poll panel that as per the existing norms, no approval is required from the it to run such advertising platforms, the source said.

On Tuesday, the EC had issued a notice seeking a report from the ministry on NaMo TV, launched just weeks ahead of the general election, after opposition parties, including the Congress, asked the poll body to direct the ministry to suspend the channel as it was violative of the Model Code of Conduct.

The EC will take a call on whether it violated the model code after going through the documents the ministry files.