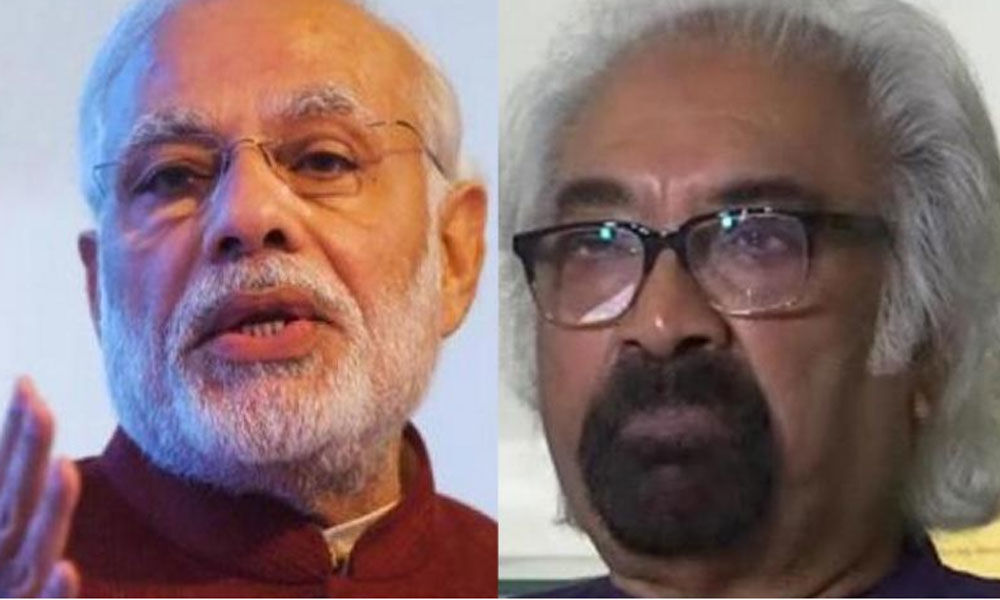 In a wide ranging interview to news agency ANI, Rahul Gandhi confidant and Chairman of the Overseas Indian National Congress Sam Pitroda has questioned the death toll in the Balakot airstrike conducted by the Indian Air Force in Pakistan in retaliation of the Pulwama terror attack.

"If they (IAF) killed 300, its ok. All I am saying is can you give me more facts and prove it," said Pitroda told ANI.

Modi retaliated: "The most trusted advisor and guide of the Congress President has kick-started the Pakistan National Day celebrations on behalf of the Congress, ironically by demeaning India's armed forces. Shame."

He said: "Loyal courtier of Congress' royal dynasty admits what the nation already knew. Congress was unwilling to respond to forces of terror. This is a New India. We will answer terrorists in a language they understand and with interest."

Modi said the Opposition "insults our forces time and again". "I appeal to my fellow Indians -- question Opposition leaders on their statements. Tell them -- 130 crore Indians will not forgive or forget the Opposition for their antics. India stands firmly with our forces," he said.

In the ANI interview, Pitroda had said international news outlets had an alternate view of the impact of the air strike and that the people of India deserved to know the facts of the Air Force operation.

Pressed further to clarify if talks with Pakistan was an option post the Pulwama terror attack which killed 40 CRPF jawans, Pitroda said that it would be naive to assume that if some people came here and attacked, every citizen of that nation is to be blamed. "I don't know much about (Pulwama) attack, it happens all the time, attack happen in Mumbai Taj hotel and Oberoi hotel. We could have reacted then and sent our planes but that is not the right approach according to me that's not how you deal with the World. Eight people come (referring to Mumbai 26/11 attacks) and do something, you don't jump on the entire nation," said Sam Pitroda in an interview to ANI.

When asked if he questioned the Indian Air Force's version of the Balakot air strikes, Pitroda clarified that an attack is different from making a claim of 300 dead. "We cannot be emotional. Data has to be neutral. So you come in today and say 'I killed 300 people' and I say wait a minute, the World is saying we didn't kill anybody or kill less or kill more.. I don't know," added Pitroda.

When asked if Dr Manmohan Singh when Prime Minister was as decisive in his actions as PM Narendra Modi, Pitroda said that PM Manmohan Singh was one of the best Prime Ministers the country ever had. "A lot of people ridiculed, a lot of people have written articles, they have done movies. It is all bogus," he added. Pitroda also said that he disagreed with the way PM Modi acted post-Pulwama attack.

Pitroda went on to say in the interview that since 2014, a populist government had risen in both India and the United States. "The formula is to create fear by saying that there is enemy at the border. In India, it is Pakistan. In US, it is Mexican immigrants. Then say everything is bad because nobody is competent," he added.