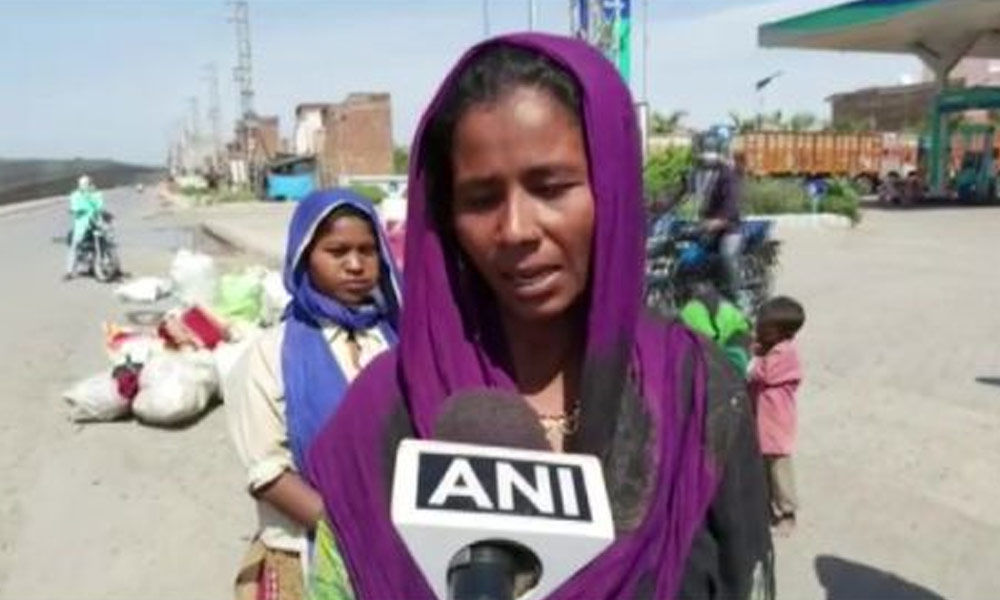 Noor Jahan, a daily wager, is the kind of person the economic stimulus package is aimed at. Speaking to news agency ANI she said, 'Since Wednesday, I...

Noor Jahan, a daily wager, is the kind of person the economic stimulus package is aimed at. Speaking to news agency ANI she said, "Since Wednesday, I am walking towards my home (220 Km) in Abakarpur area of Kanpur Dehat. I hope to reach my home in a day or two. I am hungry but can not do anything about it."

If your biggest problem is to do the household work as your maid stays home amid the lockdown spare a thought to migrant workers who have been walking along the Agra-Kanpur Highway to their homes in nearby districts. Services to all passenger trains and buses have been suspended in the nationwide lockdown.

Awadhesh, a daily wager, says, "I started my journey from Sirsaganj area of Firozabad & will go to Ghatampur in Kanpur, a distance of roughly 250 km."

A 26-year-old daily wager walked over 135 km without food from Nagpur in Maharashtra to reach his home in Chandra pur. As panic built up over the lockdown and poor people started returning to their homes, Narendra Shelke, who worked as a labourer in Pune, also decided to go back to his native Jambh village in Saoli tehsil of Chandrapur district.

He managed to catch the last train from Pune to Nagpur, but as the government later enforced restrictions on all sorts of travel, he got stranded in Nagpur.

Unable to find any assistance and left with no other option, Shelke started a foot march on the Nagpur-Nagbhid road on Tuesday to reach his village in Chandrapur. He walked for two days without food and survived only on water. On Wednesday night, a police patrolling team spotted an exhausted Shelke at Shivaji square in Sindewahi tehsil, located around 135 km from Nagpur. When the police asked Shelke the reason for violating the curfew, he narrated his ordeal and told them that he was walking since the last two days to reach his home, Sindewahi police station's assistant inspector Nishikant Ramteke said.

Shelke was immediately taken to a rural hospital in Sindewahi. After his medical checkup was done, a police sub-inspector brought a dinner box from his house for Shelke. Later, after getting nod from doctors at the hospital, the police arranged a vehicle to take the man to Jambh village, located around 25 km from Sindewahi, Ramteke said. Shelke has been home-quarantined for 14 days as a precautionary measure, the official added.