Nothing will be done or allowed to change constitutional position on Kashmir: Congress manifesto 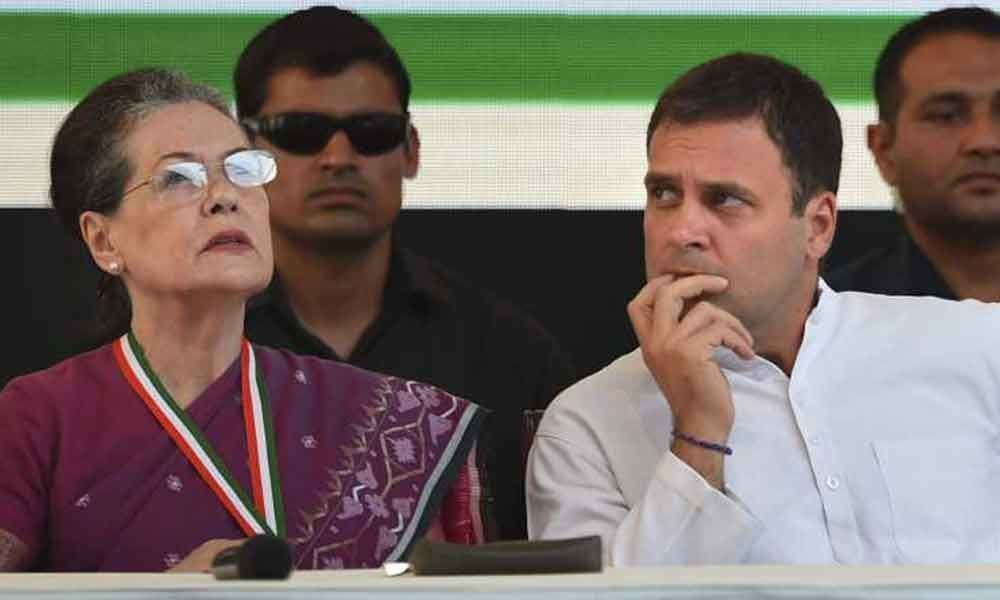 In the 55-page document, titled 'Hum Nibhayenge' (Congress will deliver), released on Tuesday, the party dedicated separate sections to Jammu and Kashmir and Northeastern states.

NEW DELHI: The Congress has promised in its manifesto for the April-May parliamentary election that nothing will be done or allowed to change the constitutional position on Kashmir and that enforcement of the Armed Forces (Special Powers) Act in Jammu and Kashmir will be reviewed if the party is voted to power.

In the 55-page document, titled 'Hum Nibhayenge' (Congress will deliver), released on Tuesday, the party dedicated separate sections to Jammu and Kashmir and Northeastern states.

Elaborating its vision for Jammu and Kashmir, the party said it has stood witness to the developments in the state since the instrument of accession was signed on October 26, 1947.

Affirming that the whole of Jammu and Kashmir is part of India, the party said it also acknowledges the unique history of the state and the unique circumstances under which the state acceded to India that led to the inclusion of Article 370 in the Constitution of India.

"Nothing will be done or allowed to change the constitutional position," the party said.

Abrogating Article 370 has long been one of the core promises of the BJP. It grants special status to Jammu and Kashmir and limits Parliament's power to make laws concerning the state.

Congress said it has long held the view that dialogue is the only way to understand the aspirations of the people of the three regions of Jammu & Kashmir and find an honourable solution to their issues.

The party advocated a "two-pronged" approach in the state if voted to power -- uncompromising firmness on the border and ending infiltration, as well as "absolute fairness" in dealing with the demands of the people and winning their hearts and minds.

In significant proposals, the Congress promised to review the deployment of armed forces, move more troops to the border to stop infiltration completely, reduce the presence of the Army and the Central Armed Police Forces (CAPFs) in the Kashmir Valley, and entrust more responsibility to the J&K police for maintaining law and order.

The Armed Forces (Special Powers) Act and the Disturbed Areas Act in J&K will be reviewed, the party said, adding that suitable changes will be made in the text of the laws to balance the requirements of security and the protection of human rights.

"Building a Union of states that is India is a project of inclusiveness. Jammu & Kashmir and its problems deserve a large-hearted approach that will eschew muscular militarism and legalistic formulations and look for an innovative federal solution," the party said.

Pitching for talks without preconditions, the Congress promised a solution through patient dialogue with all stakeholders in the state.

"We will appoint 3 interlocutors drawn from civil society to facilitate such talks," it said.

In a politically significant pitch, the party also promised free and fair elections to the state legislative assembly to be held immediately.

The party expressed deep concern about the cases of discrimination and harassment of students, traders and others belonging to Jammu and Kashmir in the rest of India and promised their safety and their right to study or do business.

The party also made a slew of promises for the Northeastern states with the most significant among them being restoring the special category status to them.

The Congress also promised immediate withdrawal of the "widely resented" Citizenship Amendment Bill introduced by the BJP government "against the wishes" of the people of the Northeast, according to the manifesto.

In its manifesto, the party also promised an industrial policy for the Northeastern states.

"We will ensure that no citizen of India is denied inclusion in the final National Register of Citizens," the party said.

The Congress said it will address the issue of illegal immigration into the Northeast through consultation with the states and evolve a consensus on the legislative measures that will secure the identity of the indigenous communities.

"We will also engage the neighbouring countries, Bangladesh and Myanmar, to address and resolve the issue of illegal immigration into India," the party said.

The Congress said it will strengthen the security of the borders with Bangladesh, Myanmar and China, resolve any border issues through dialogue.

The party said it will resolve the pending inter-state issues, including boundary issues, in the Northeast through dialogue or mediation.

The seven-phase Lok Sabha polls will begin on April 11 and the counting of votes will take place on May 23.