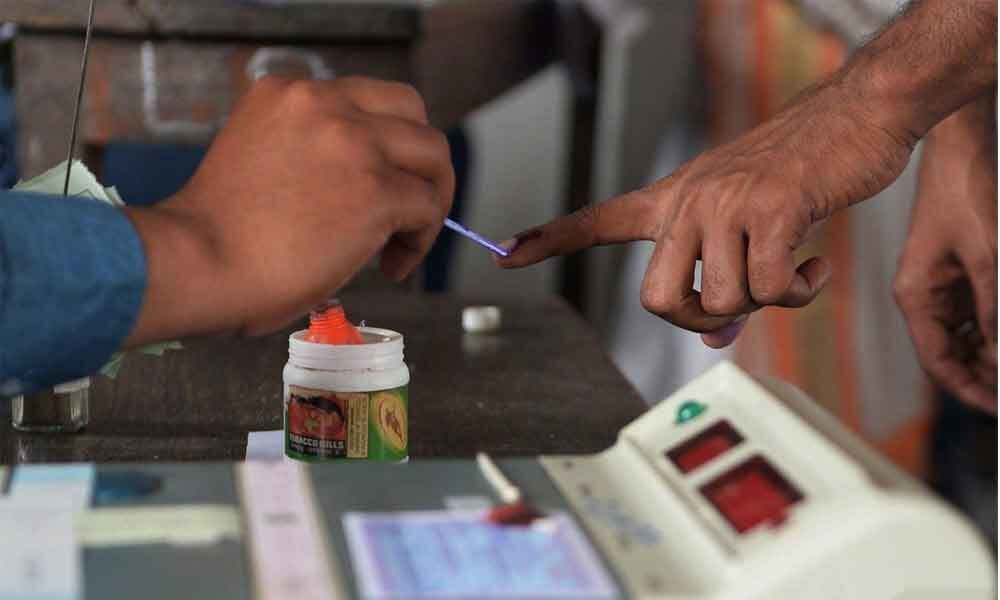 Over 76.93 lakh voters will on Thursday decide the fate of 279 candidates, including Chief Minister Naveen Patnaik and Union minister Jual Oram, in the second phase of polls for five Lok Sabha and 35 assembly seats in Odisha.

Bhubaneswar: Over 76.93 lakh voters will on Thursday decide the fate of 279 candidates, including Chief Minister Naveen Patnaik and Union minister Jual Oram, in the second phase of polls for five Lok Sabha and 35 assembly seats in Odisha.

Out of the total electorate of 76,93,123, there are 37,47,493 women voters. At least 605 electors belong to the third gender. Preparations for the second phase of polls have reached the final stage and necessary steps have been taken to ensure free, fair and peaceful voting to be held in 9,117 booths, said Chief Electoral Officer (CEO) Surendra Kumar.

Polling will be held in Aska, Kandhamal, Sundergarh, Bargarh and Bolangir Lok Sabha constituencies and 35 assembly segments under them. The polling staff have reached the booths in time, he said.

Over 60,000 polling personnel have been deployed to conduct the second phase, Kumar said, adding, 8,700 vehicles will be used for their transportation.

"For the first time in the state, the vehicles of all sector officers are provided with GPS tracking facilities to ensure proper monitoring," the CEO said. Out of the total number of 9,117 booths, 3,701 have been identified as critical, and arrangements have been made for deployment of Central Armed Police Force (CAPF) in 739 booths, he said.

Similarly, steps have been taken for webcasting in 883 booths, providing CCTV in 623 booths and engaging 892 micro-observers, Kumar said. Videography will be conducted in 331 places. As some areas in Kandhamal, Bolangir and Bargarh are Maoist-affected, security has been heightened to ensure smooth conduct of polls in those pockets, a senior police officer said.

"Steps were taken for intensifying combing operations, patrolling and flag march in these areas," he said. While CAPF have been deployed in the critical and sensitive booths, Central Reserve Police Force (CRPF), Special Operation Group (SOG) and District Volunteer Force (DVF) personnel have been asked to intensify anti-Naxal operations in several areas, the officer said.

Paramilitary forces, police, flying squads, static surveillance teams, poll observers, videography teams and excise sleuths will also be deployed in the constituencies. In order to assist differently-abled voters, vehicles will be deployed to transport them to polling stations, while wheelchairs and volunteers are also being made available to help them cast votes in the stations.

The voters include a total of 1,08,458 differently abled persons, and as many as 17,882 volunteers have been engaged to assist them, the CEO said. On the basis of feedback received from the first phase of polls held on April 11, arrangements have been made for providing tents and chairs in the booths, in order to give respite to the voters from scorching heat, he said.

The second phase of polls will decide the fate of a total of 279 candidates. There are 35 hopefuls, including five women, in five Lok Sabha constituencies, and 244 candidates, 25 of them women, in 35 assembly seats. Prominent among the contestants in the second phase is chief minister and Biju Janata Dal (BJD) president Naveen Patnaik, contesting from his home turf Hinjili in Ganjam district and Bijepur in Bargarh. Among others, Union Tribal Affairs Minister Jual Oram of the BJP, BJD's Rajya Sabha MPs Prasanna Acharya and Achyut Samant, BJP nominee and three-time MP Kharabela Swain are in the fray in the Lok Sabha polls.

In addition, senior Congress leader Narasingha Mishra is in the fray from the Bolangir Assembly seat, while BJP legislature party leader K V Singhdeo is contesting from the Patnagarh Assembly seat. Lok Sabha and assembly elections are being held simultaneously in Odisha in four phases.

While the first phase of polling was held on April 11, the remaining phases are scheduled for Thursday, April 23 and 29. Counting of votes will be held on May 23. There are 21 Lok Sabha and 147 assembly seats in the state. Meanwhile, repolling will also be held on Thursday in two polling stations located in Malkangiri (ST) and Berhampur Assembly constituencies, following reports of glitches in the Electronic Voting Machines (EVMs) during the first phase of polling.