Out of context: MNM on Haasan's first terrorist was Hindu remark 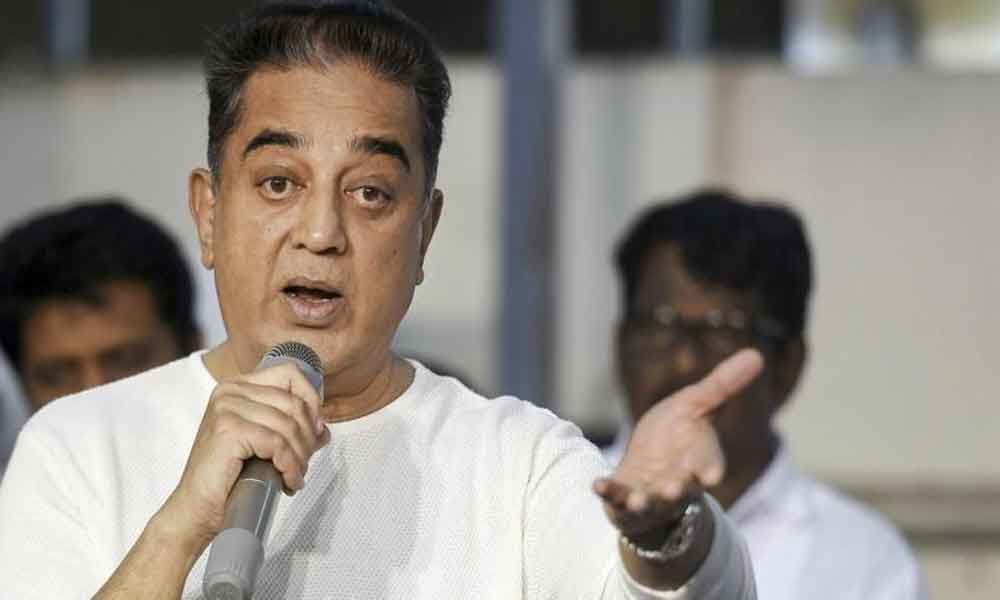 Party said: 'This has been taken absolutely out of context and speech has been painted as anti-Hindu, with malafide intent.'

Chennai: Makkal Needhi Maiam (MNM) on Wednesday issued a clarification on its chief Kamal Haasan's statement that 'first terrorist in independent India was a Hindu," saying 'it has been taken out of context.'

In a statement issued by R Mahendran, Vice President of the party, MNM stated: "Kamal Haasan was calling for religious tolerance and co-existence amongst all religious groups and condemned extremism in whichever form and religions."

Asserting that confusion was made among citizens, the party further said: "This has been taken absolutely out of context and the speech has been painted as anti -Hindu, with a malafide intent. This has created complete confusion and utmost anxiety amongst many common citizens who are not privy to this larger conspiracy."

"I am not saying this because many Muslims are here. I am saying this in front of Mahatma Gandhi's statue. The first terrorist in independent India is a Hindu. His name is Nathuram Godse," Haasan had said while campaigning in Tamil Nadu's Aravakurichi assembly constituency on Sunday.