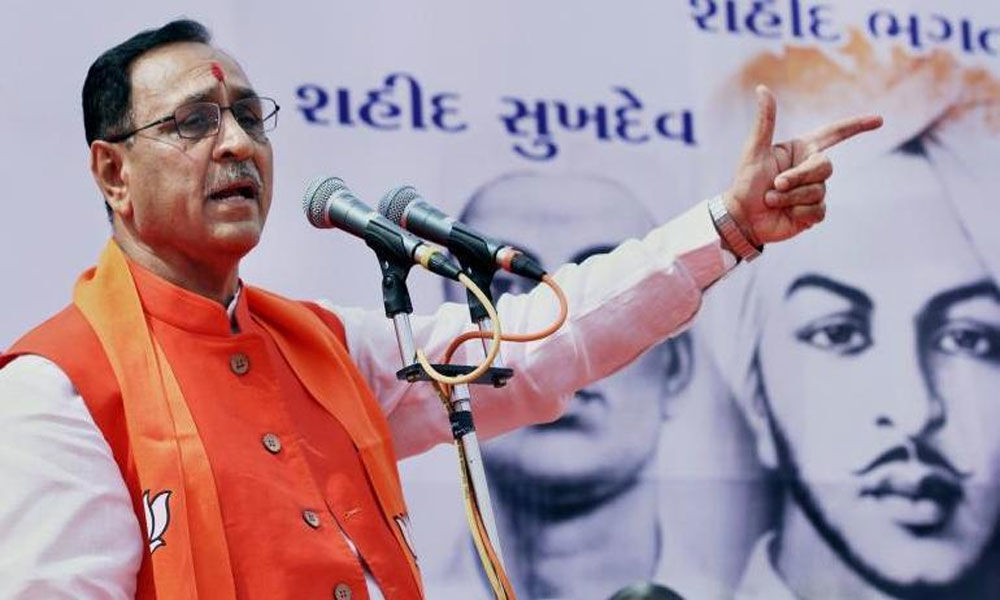 Mehsana: Gujarat Chief Minister Vijay Rupani on Sunday launched a scathing attack on the Congress party and said its leaders speak in the same language used by Pakistan. He added that Diwali will be celebrated in Pakistan if Congress wins the upcoming Lok Sabha election.

"The language which is used by Pakistan, that same language is used by the Congress leaders. They are insulting the Army, they are breaking the momentum of the citizens. Air Strike done by the government and press conference done by Army chiefs are being questioned. Whom are they supporting? Today it seems like Congress party is Pakistan's party," Rupani said while addressing a rally here.

"Though it is not going to happen, if Congress wins May 23, then Diwali will be celebrated in Pakistan. If on May 23 Prime Minister Narendra Modi gets a clear majority, then there will be mourning in Pakistan," he said and added that Pakistanis are feared of Prime Minister Modi.

Seven-phased Lok Sabha election will begin on April 11 and will culminate on May 19. The counting of votes will be done on May 23.