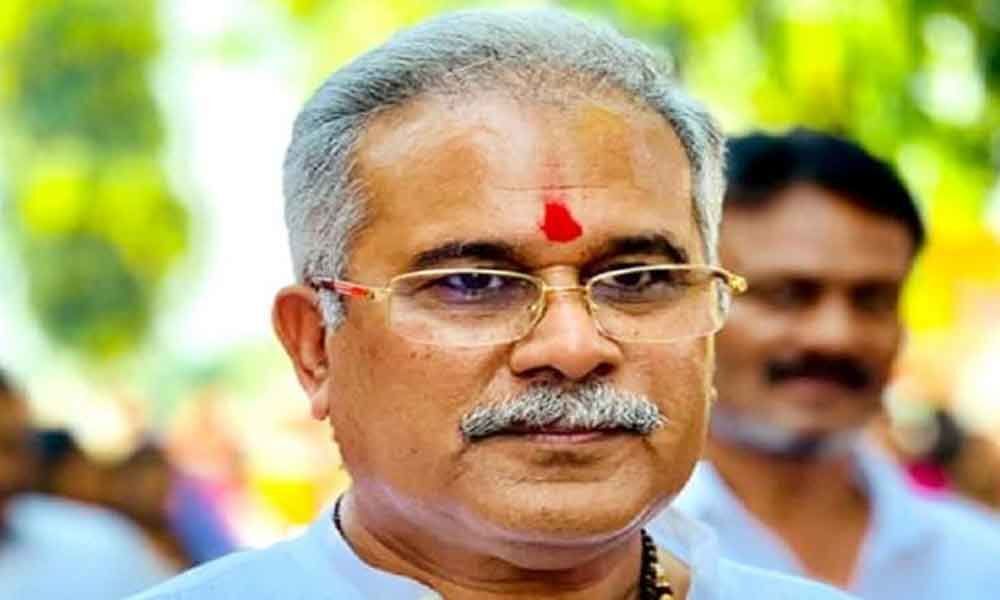 Speaking at a poll rally in Pratapgarh in Uttar Pradesh on May 4, PM Modi, attacking Congress chief Rahul Gandhi, accused the latter's father, former PM Rajiv Gandhi, of being corrupt.

"Your father was termed 'Mr Clean' by his courtiers, but his life ended as 'Bhrastachari number 1' (corrupt number 1)," Modi had said.

Addressing a press conference here, Baghel said, "Rajiv ji's contribution for the nation proved to be a milestone. His work on information technology and Panchayati Raj are among them. He sacrificed his life for the unity and integrity of the country. He was awarded the highest civilian award of the country Bharat Ratna posthumously."

"The PM's remark on Rajiv ji is highly condemnable. No one can even imagine that a person of the stature of prime minister would make such a derogatory remark about a person who is not alive and was a respectable political figure. It shows the PM has lost his mental balance and needs medication," Baghel said.

"The PM has said that he sleeps only for 3-4 hours. Lack of sleep has destablised his mental status. He (Modi) should not be at the top position as it is dangerous for the country," he added.

PM Modi falsely claims he has love in his heart for the country but instead he is only hungry for power and can stoop to any level to attain it, Baghel alleged.

Baghel said the statement proved that Modi had accepted defeat in the ensuing Lok Sabha elections and demanded that the PM apologise to the nation for the remark.

Baghel further said the BJP is not going to win more than 150 seats in the lok Sabha election, and claimed the Congress-led United Progressive Alliance would get over 300 seats.

Meanwhile, state BJP spokesperson Sachchidanand Upsane hit out at Baghel for his statement that the PM has lost his mental balance.

"Since Modi ji became PM, Congress leaders have been making very objectionable comments on him. Now a CM has made such a remark. He should apologise," Upsane said.

"The PM did not abuse Rajiv Gandhi ji. He had only told the facts. Why is the Congress so panicked when the entire Bofors matter is in the public domain. Rajiv ji must have worked for the country but he also faced charges of corruption," Upsane added.