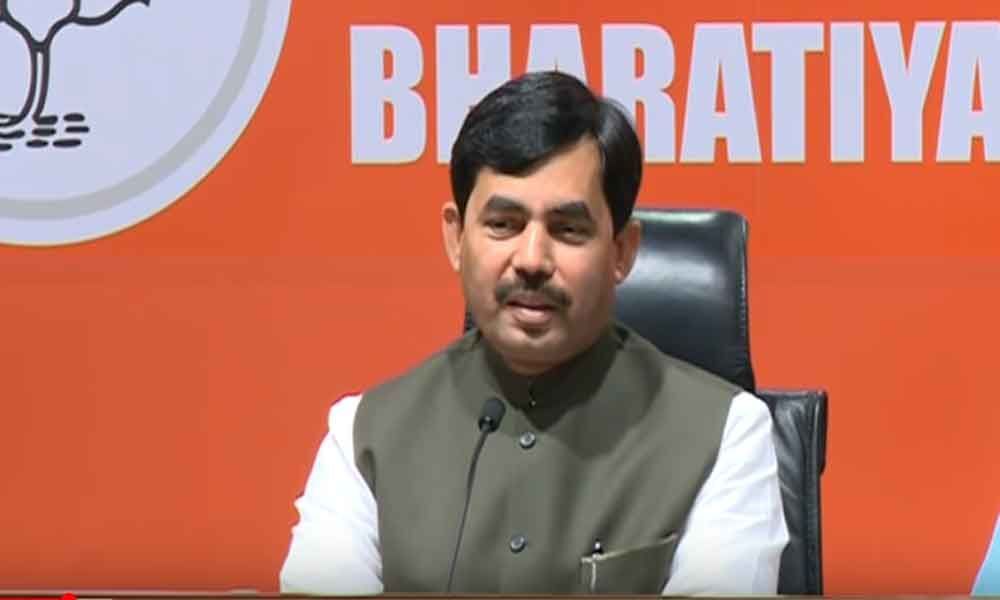 New Delhi: Former union minister and BJP national spokesperson Shahnawaz Hussain on Friday said that Congress is like a sinking ship and that is the reason why its spokesperson Priyanka Chaturvedi has left the party.

Addressing a press conference here, Hussain said: "Congress party is like a sinking ship and its members are abandoning it, and that is why the Congress spokesperson also left the party."

Speaking about the Lok Sabha elections and impact of Prime Minister Narendra Modi, he said: "After the second phase of voting, it has become clear that there is a Modi wave throughout the country. The opponent also knows this and that is why SP and BSP are conducting a rally with arch-rivals Mayawati and Mulayam Singh Yadav coming together on one platform."

"They are doing the rally together despite allegations that Mulayam Singh Yadav once planned to kill Mayawati," he added.

The BJP leader further said, "Both SP and BSP are corrupt and dynastic parties. They are coming together because they are afraid of Modi wave in the polls."

Shahnawaz also mocked Congress leader Shatrughan Sinha who was till recently in the BJP. On Shatrughan campaigning for his wife and SP leader Poonam Sinha in Lucknow, the BJP leader said: "Sinha even praised BSP's Mayawati during the campaign. The Congress candidate in Lucknow was hoping for the actor-politician to campaign for him, instead he campaigned for the SP leader."

He also claimed that he witnessed massive support for BJP in an election rally in Anantnag in Jammu and Kashmir.