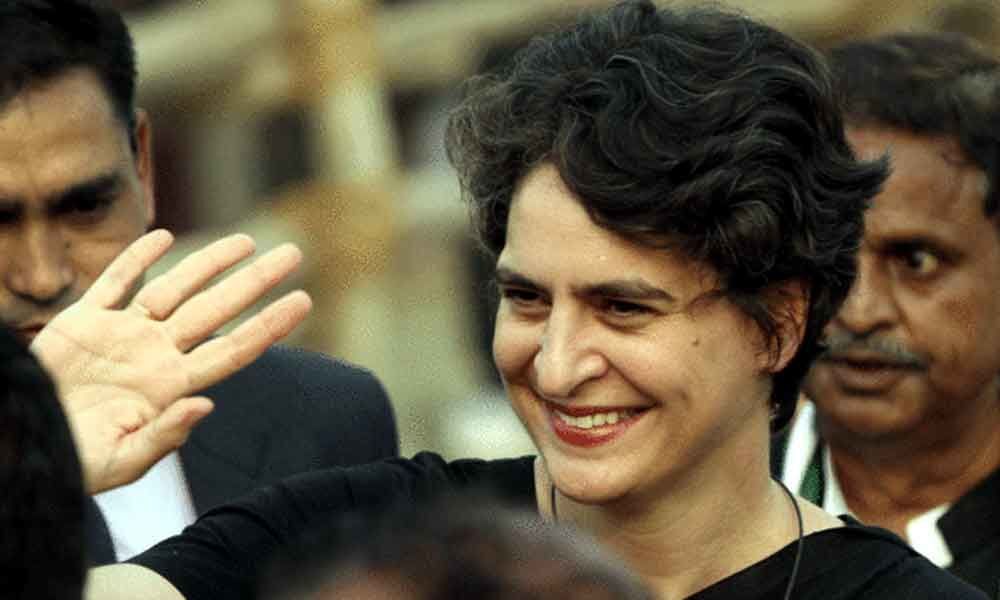 Congress General Secretary Priyanka Gandhi Vadra on Friday held marathon meeting with party workers and the senior leaders of the BSP and the JAP in Gauriganj, the district headquarters of Amethi, on Friday.

Amethi: Congress General Secretary Priyanka Gandhi Vadra on Friday held marathon meeting with party workers and the senior leaders of the BSP and the JAP in Gauriganj, the district headquarters of Amethi, on Friday.

Arriving at the Fursatganj Airport in Rae Bareli, her mother and UPA Chairperson Sonia Gandhi's parliamentary constituency on Friday morning, she travelled to Gauriganj by road for the meeting to discuss the party's poll preparedness in the district.

The BSP and the JAP leaders assured of all help to the party in Amethi, where Priyanka Gandhi's brother and Congress President Rahul Gandhi is facing a stiff challenge from BJP's Smriti Irani, who is contesting from the Uttar Pradesh constituency for a second time after she lost in 2014, the leader added.

Amethi will go to the polls in the fifth phase of the ongoing Lok Sabha elections on May 6.

After holding the five hour long meeting with the party workers, Priyanka Gandhi left for Kanpur where she will embark on the 5 km-long roadshow for Congress candidate and former Union Minister Sriprakash Jaiswal.

The roadshow will begin at the Ghanta ghar and will end at Bada Chauraha.

The Congress General Secretary had earlier held roadshows in Varanasi and Mirzapur during her three-day 140 km river ride between March 18 to 20.

She held one in Ghaziabad for Congress candidate Dolly Sharma and another 15 km-long roadshow in Ayodhya on March 29.

The Congress which could only win two seats in 2014 Lok Sabha polls, is contesting the Lok Sabha polls on 73 out of 80 seats in Uttar Pradesh. It has left seven seats for the SP-BSP-RLD alliance, which has left it the Amethi and Rae Bareli seats.