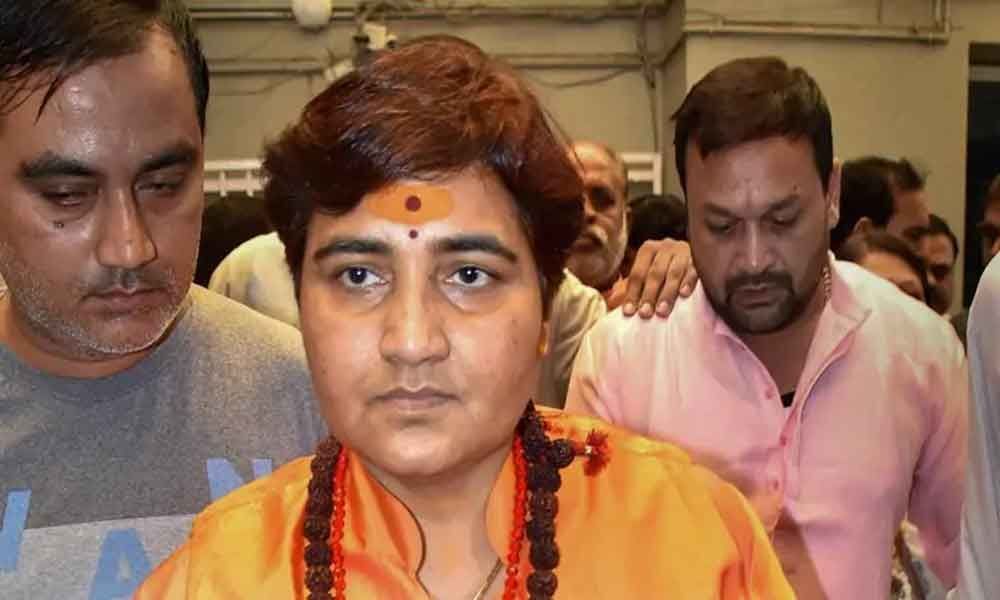 He is my Ram ji and no one can stop me from making a grand Ram temple,' said Pragya.

Bhopal: Malegaon blast accused and BJP's Bhopal candidate Sadhvi Pragya Singh Thakur on Sunday said she is "proud" to accept that she was involved in the demolition of the Babri Masjid in Ayodhya.

The Babri Masjid, built by Mughal emperor Babur in 1578 in Ayodhya, was on December 6, 1992, pulled down allegedly by a group of Hindu activists, claiming that the mosque was constructed after demolishing a Ram temple that stood there.

On being asked about her involvement in the demolition of Babri Masjid and if she would play a major role in building a Ram temple in Ayodhya, Thakur said: "I will go to make the Ram Temple. I have said it yesterday and I am not denying it that I had gone there. I have demolished Babri structure. He is my Ram ji and no one can stop me from making a grand Ram temple. The nation is Ram, Ram is a nation"

"We all will soon prepare a vision for it," she added.

The 2008 Malegaon blast accused, who had joined the BJP on April 16, also accepted that she received two notices from the Election Commission, including on the issue of Ram mandir. "I will respond to it lawfully," she said.

On her candidature from Bhopal, she said, "The public is with me. I will work for the development, peace, and prosperity of Bhopal."

Responding to her Bhopal opponent and Congress leader Digvijaya Singh's remark that the word 'Hindu' doesn't exist in his dictionary, Thakur said, "This is what I'm saying, 'Hindu' word is not in his dictionary. He is trying to prove that he is a Hindu, a true Hindu. But, these are double meaning talks."

"Enemies will stand against us and they will give us tough fight but Dharm will always win," she added.

Thakur also said that she has made an official account on Twitter, which is being operated from her office.

Thakur had said earlier that Karkare lost his life because she had cursed him.

"I called Hemant Karkare and asked him to let me go if there is no evidence (against me). He (Karkare) said that he will bring evidence but will not leave me. I told him -- You will be ruined," Thakur had said.

Polls in Bhopal will be held on May 12, and counting of votes will take place on May 23