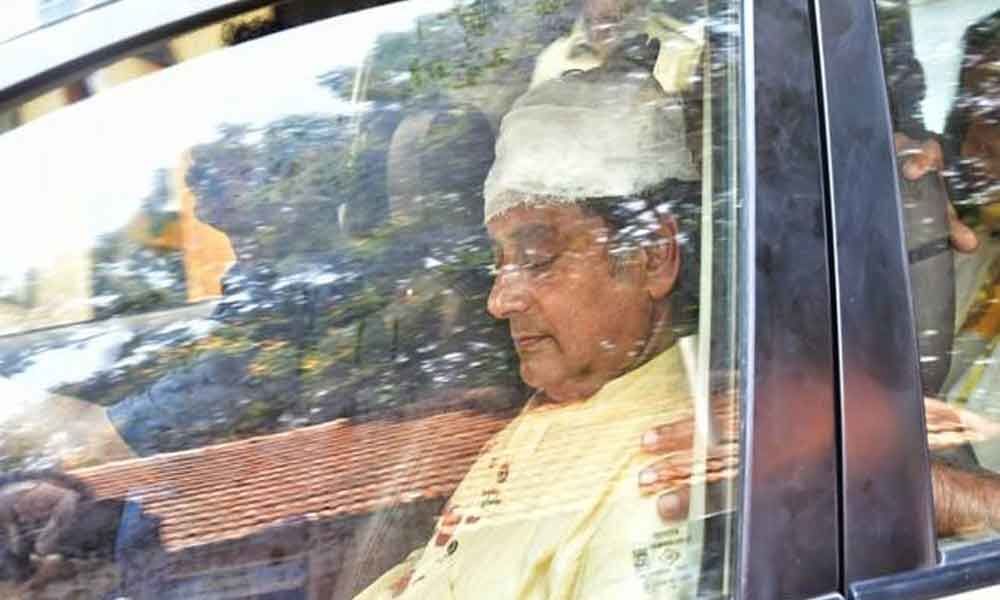 Shashi Tharoor, who is seeking to be re-elected from Thiruvananthapuram, was seen with a scarf covering his head.

Thiruvananthapuram: At an election rally in Thiruvananthapuram on Tuesday, Congress president Rahul Gandhi praised party leader Shashi Tharoor's spirit for joining him in his campaign despite suffering head injuries during a temple ritual a day ago.

Shashi Tharoor, who is seeking to be re-elected from Thiruvananthapuram, was seen with a scarf covering his head.

"I was worried when Tharoor was hurt. I am happy to see that he was back in action. It tells you about his spirit. As Congress president, I am telling you, he represented you well in Parliament. He speaks for you in Parliament. He is an asset for Kerala," Rahul Gandhi said.

After the injury, Shashi Tharoor was admitted to the medical college ICU in Thiruvananthapuram for observation on Wednesday and later discharged. Defence Minister Nirmala Sitharaman, who was in Kerala for the BJP's poll campaign, had visited him in the hospital.

Shashi Tharoor had also tweeted a picture of him with the Defence Minister and said, "Civility is a rare virtue in Indian politics - great to see her practice it by example!"

The Congress leader was injured during a ritual called ''Thulabharam'', in which a person is weighed against flowers, grains, fruits and similar articles in temples and the equal value or quantity is offered as donation. While he was sitting on one of the pans of the weighing scale, the hook came off and its iron panel fell on his head.