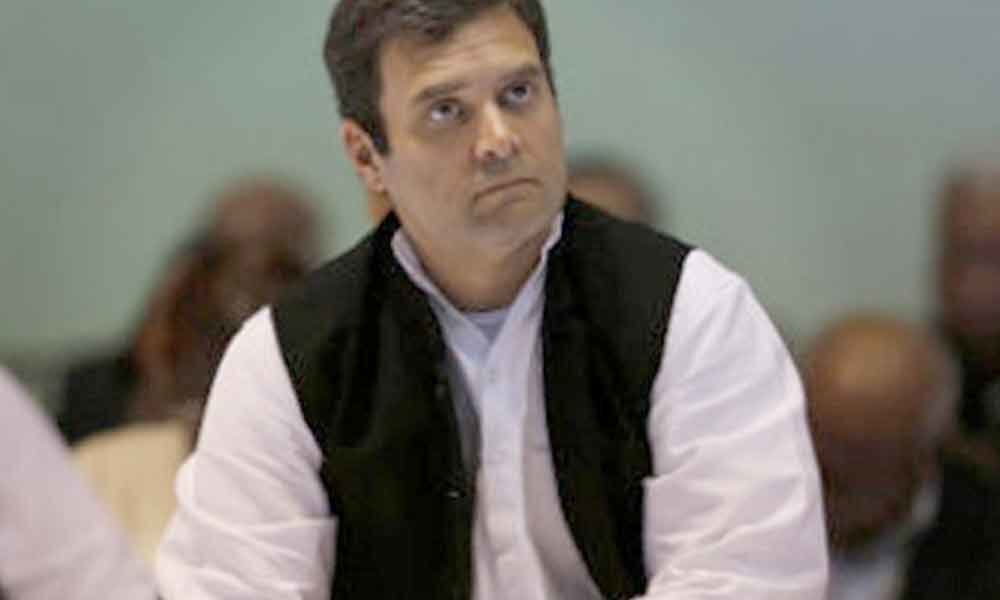 Rajamma Vavathil, a retired nurse and a voter in Wayanad, says forcefully that no one should contest Congress chief Rahul Gandhi's citizenship status

Kochi : Rajamma Vavathil, a retired nurse and a voter in Wayanad, says forcefully that no one should contest Congress chief Rahul Gandhi's citizenship status -- after all she was one of those on duty at Delhi's Holy Family Hospital on June 19, 1970 when he was born.

The 72-year-old, who was still in training to be a nurse at the time, said she was among the first to take the infant Rahul in her hands.

I was lucky as I was first among the few who took the newborn baby in my hands. He was so cute. I was witness to his birth.

I was thrilled... we all were thrilled to see the grandson of prime minister Indira Gandhi, Vavathil told PTI over phone from Wayanad.

Forty-nine years later, the "cute baby" is Congress president and a contestant from Wayanad. And Vavathil, who now describes herself as "nearly a housewife", said she couldn't be happier.

She remembers the day well. Rahul Gandhi's father Rajiv Gandhi and uncle Sanjay Gandhi were waiting outside the labour room of the hospital when Sonia Gandhi was taken for delivery, Vavathil recounted.