Rahul offers to quit as Cong chief after rout 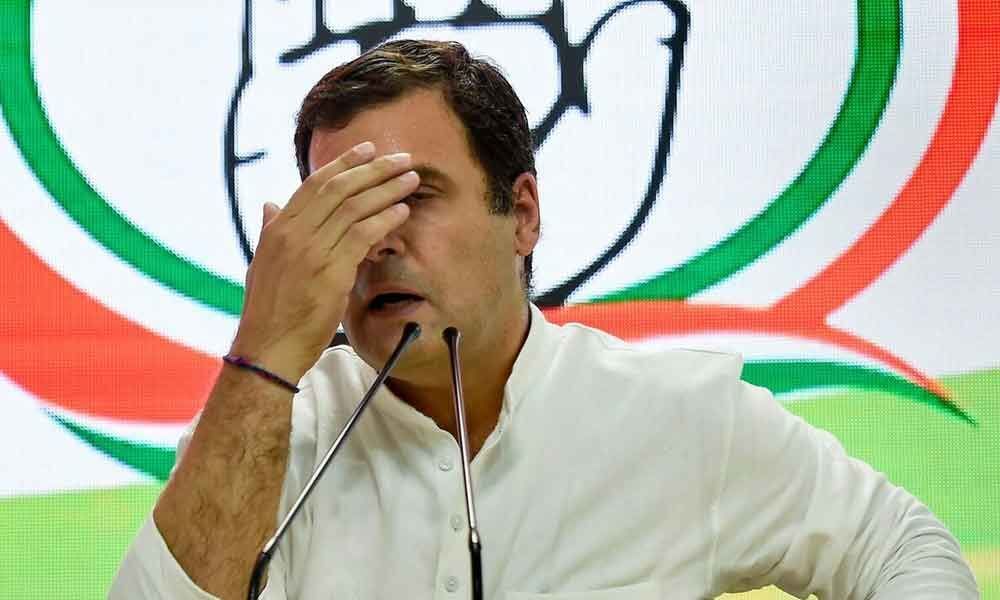 New Delhi: Congress president Rahul Gandhi offered to resign from his post after the party was once again routed at the hands of Narendra Modi-led BJP in the Lok Sabha elections.

However, erstwhile Congress supremo and UPA chairperson Sonia Gandhi turned down the offer. Sources said the matter will be taken up by the Congress Working Committee (CWC) at its next meeting some time later this week.

Rahul Gandhi, who himself has suffered a shock defeat at the hands of BJP's Smriti Irani in Amethi, congratulated Prime Minister Narendra Modi for the win as the saffron party improved its tally from 2014 and crossed the 300-mark, making it the biggest mandate for a single party since 1984.

But the Congress chief refused to go into the reasons for the defeat of the Congress, which has only marginally improved its tally from a rock bottom of 44 in 2014 to 49 in 2019.

Both the elections were fought under Rahul Gandhi's leadership. Gandhi said that he would not want to discuss the reasons for the defeat since today is only the day to respect India's mandate, and the post-mortem will be done at the CWC meeting.

The Congress was wiped off the map in the Hindi heartland and only defeated the BJP in Punjab and Kerala, from where Rahul Gandhi had contested on his second seat, Wayanad.

In Amethi, which has been a stronghold for the Congress president, BJP leader and Union minister Smriti Irani handed him a shock defeat. He conceded the defeat to her, despite over three lakh votes in the constituency were still to be counted. "I congratulate Smriti Irani for her win in Amethi," Rahul said on Thursday during Congress' press briefing.

On the other hand, Sonia Gandhi has retained the Raebareli Lok Sabha seat, considered her fortress since 2004. She won against her BJP counterpart with a comfortable margin of over one lakh votes.

It has been a dismal performance for the Congress in Uttar Pradesh so far with the grand old party winning this seat only.