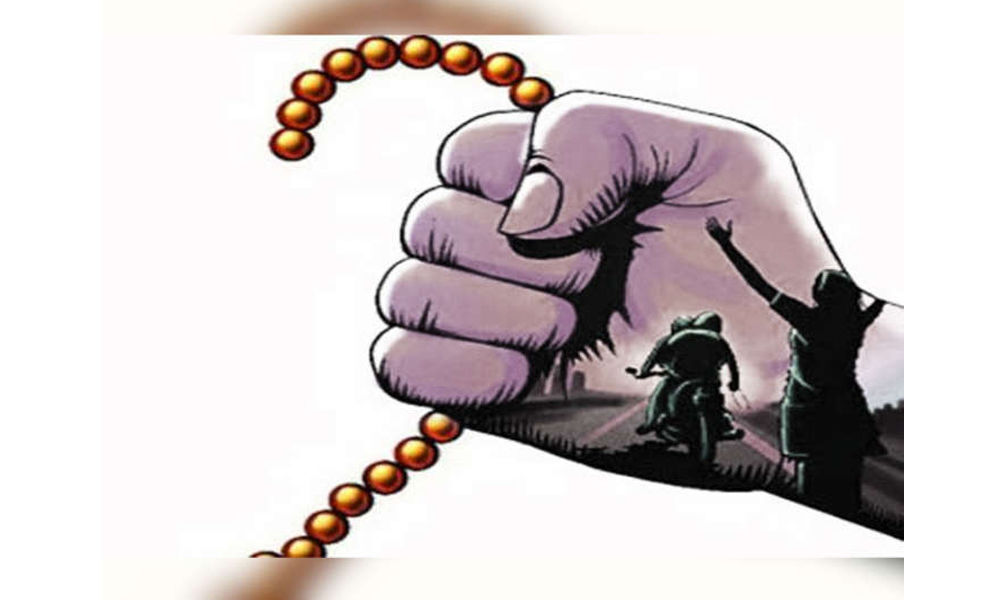 Residents’ Welfare Association (RWA) has taken up this initiative by sticking printouts with a warning on about 350 trees, in parks, and along roads.

BENGALURU: In Domlur 2nd stage, Residents put up posters reminding everybody of the clear and present danger from chain snatchers. Residents' Welfare Association (RWA) has taken up this initiative by sticking printouts with a warning on about 350 trees, in parks, and along roads.

Chain and mobile snatching incidents has been common for the last five to six years in the area but such incidents have increased in the last one year. As per the police reports, five cases of mobile and chain snatching, with 2 to 3 failed attempts.

G Ashok Kumar, member of the RWA says, "Though the police are doing their duty and patrolling the area, incidents happen during change of shifts. Domlur 2nd stage is an isolated area which makes it an easy target for chain and mobile snatchers to strike. These posters have helped residents in becoming aware of the problem. Now, after seeing the posters, everyone is alert and women have stopped wearing excess jewellery while walking. People have stopped talking distractedly into their phones. Any suspicious people are immediately reported."

G Malathi Rajan, a resident says, "A number of chain snatching incidents have taken place in this area. Most of them happen when women go for walks in the morning or evening. The shifts of the patrolling police change between 8 to 9 pm and no policeman is on duty during this period. Many incidents happen during this time. On Sundays too, when the locality is deserted, such incidents happen. The gangs have studied the pattern of the shifts thoroughly."

DCP East Rahul Kumar told a source that, "Cases of chain and mobile snatching are being reported from Domlur and Baiyappanahalli. We had nabbed a gang who were involved in such cases a few days ago. We have also increased the patrolling in Domlur."

Apart from posters, residents have also started installing CCTV cameras outside their homes to keep a tab on passers-by. About 20% of the residents have installed CCTVs.

Lakshminarayan, the Ward Corporator for Ward 112 promised to install CCTV cameras at several places, "In the ward committee meeting held in February, I proposed 100 CCTV cameras to be installed all over the ward. The budget and final list are being prepared right now. It will not only help in identifying the miscreants who enter the ward, but will also help in curbing parking violations, over speeding and other minor violations," he said.