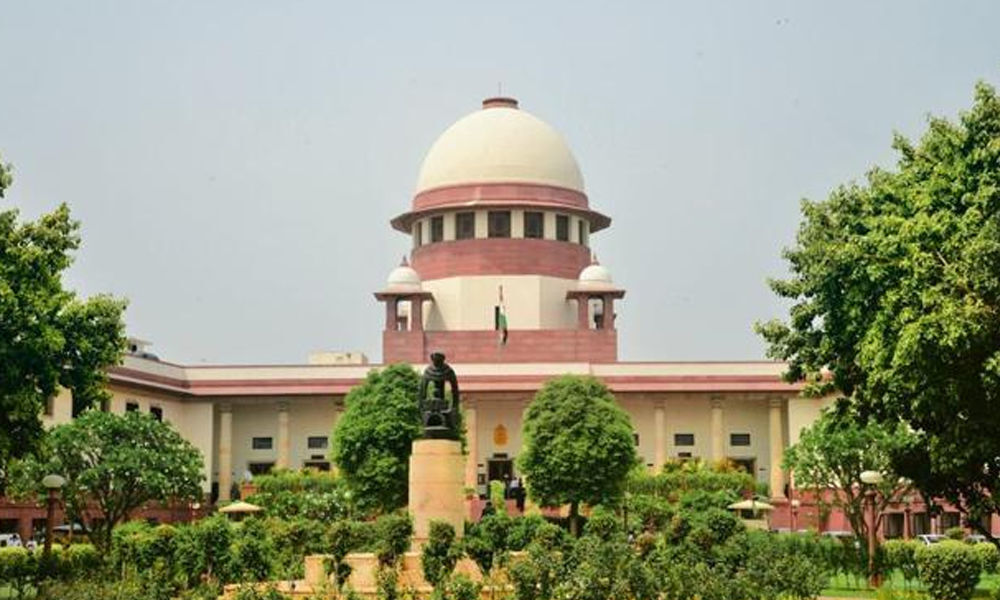 New Delhi: The Supreme Court on Monday dismissed a plea challenging the Constitutional validity of an ordinance which makes the practice of 'triple...

New Delhi: The Supreme Court on Monday dismissed a plea challenging the Constitutional validity of an ordinance which makes the practice of 'triple talaq' a punishable offence.

A bench comprising Chief Justice Ranjan Gogoi and Justice Deepak Gupta dismissed a plea of a Kerala-based outfit Samastha Kerala Jamiathul Ulema and said it will not like to interfere.

"As the challenge in the petition is to an Ordinance, we are not inclined to entertain the writ petition. However, we make it clear that we have not expressed any opinion on the merits of the case. The writ petition is, accordingly, dismissed," the bench said.

The Muslim Women (Protection of Rights on Marriage) Ordinance was first notified on September 19 last year, hours after the Union Cabinet had cleared it. 'Triple talaq', also known as 'talaq-e-biddat', is an instant divorce whereby a Muslim man can legally divorce his wife by pronouncing 'talaq' three times in one go.

The ordinance making the practice of instant 'triple talaq' a punishable offence was issued for the third time in less than a year on February 21.

The apex court had on March 11, refused to entertain a batch of pleas challenging re-promulgation of an ordinance which makes the practice of instant 'triple talaq' a punishable offence.

The court was informed that the bill was passed by the Lok Sabha, but it was pending in the Rajya Sabha. Under the ordinance, instant 'triple talaq' has been declared as illegal and void and will attract a jail term of three years for the husband.

Seeking to allay the fears that the proposed law could be misused, the government has included certain safeguards, such as adding a provision of bail for the accused before trial.

In a landmark verdict, the apex court had in August, 2017, put the curtains down on the 1,400-year-old practice and set it aside on several grounds including that it was against the basic tenets of the holy Quran and violated the Islamic law Shariat.