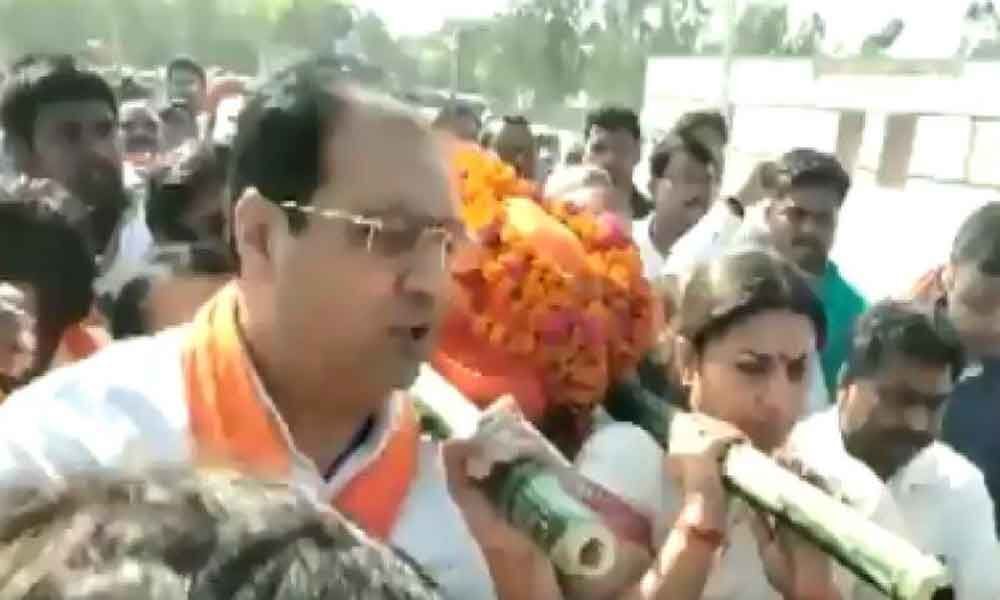 Local BJP leaders suspect the murder was politically motivated. The police said the motive of the crime is not yet clear and they have detained few persons for questioning.

Newly elected BJP MP Smriti Irani on Sunday carried the mortal remains of a former village pradhan who had actively campaigned for her in Amethi. Surendra Singh was shot by unidentified assailants while sleeping outside his house at Barauli village, Additional Superintendent of Police, Amethi, Daya Ram said. The attackers, he said, fled from the scene after Singh's family members came out hearing the gunshots. Singh was rushed to a nearby hospital and from there he was referred to Lucknow where he died during treatment, Daya Ram added.

Local BJP leaders suspect the murder was politically motivated. The police said the motive of the crime is not yet clear and they have detained a few persons for questioning.

BJP's Amethi district president, Durgesh Tripathi said that Singh was a old party worker who had actively participated in Smriti Irani's Lok Sabha campaign. He added that Singh had also delivered speeches at few places during the campaign.

After hearing the news of Singh's death, Irani left for Amethi by road. She visited the victim's family and took part in the funeral procession.