Smriti Irani takes a lead in the constituency of Amethi 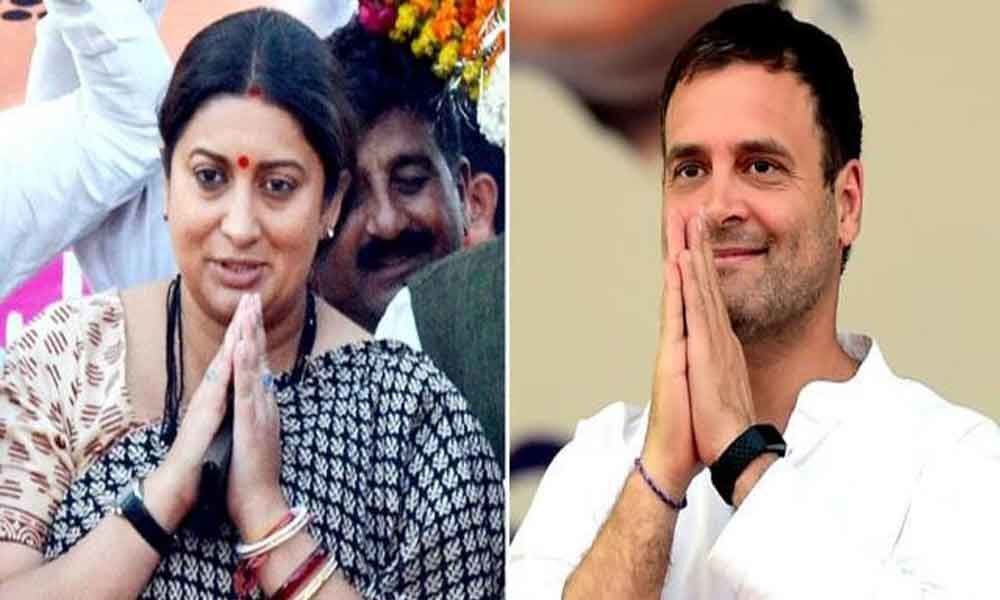 Rahul Gandhi, who apart from contesting in Uttar Pradesh, is also contesting from a second seat in Wayanad in Kerala.

NEW DELHI: One of the key fights in the Lok Sabha Elections 2019 has been in Amethi between Congress president Rahul Gandhi who is pitted against Smriti Irani of the Bharatiya Janata Party.

As per reports, Smriti Irani is currently leading in Amethi, pushing Rahul Gandhi to the second position. She has taken a lead of around 2,688 votes in Amethi, (Smriti Irani: 62,524 votes, Rahul Gandhi: 59,836 votes).

Rahul Gandhi, who apart from contesting in Uttar Pradesh, is also contesting from a second seat in Wayanad in Kerala. However, Wayanad may be an easy win for Rahul Gandhi, whereas, he faces a tough contest in Amethi.

In the Lok Sabha constituency of Amethi the winning margin of Rahul Gandhi over Smriti Irani was little more than 1 lakh votes. Amethi voted in the fifth phase on May 6.